Head For The Hills

Head For The Hills have been around for over a decade, and with their 2017 album Potions and Poisons, one of Colorados’s top bluegrass bands are at the top of their songwriting form, with wonderful string arrangements, world influences, and smart song structure crossing over several areas of Americana.

“That bi-coastal or “nocoast” sound is something that I really cherish about our scene, I feel like we’ve tried some things musically just because we felt the freedom to do so, and that idea continues to keep us inspired and excited,” he said. Read the entire Q&A with Head For The Hills.

We also caught up with San Francisco’s Front Country – a newgrass five piece coming out of the Bay Area in California. They have a tight new album out called Other Love Songs which turns on a dime from country-pop balladry to some twangy heartbreak numbers. The band has some clever turn-of-phrases, including about losing oneself in our very own Colorado. 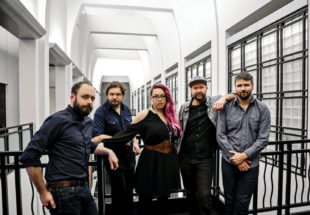 In an interview, songwriter Melody Walker told The Colorado Sound that Colorado is always close to the band’s heart.

“Colorado is just epic,” she said. “And every time we’d drive east from California to come play festivals in Colorado we felt a little like we were cheating on our home state.”

You can hear the band’s affinity for Colorado in their track of the same name in our Q& A. Walker also goes into detail on the roots-pop-bluegrass alchemy of her band. Read the entire Q&A with Front Country.

Both bands will be playing the Fox Theatre on March 1. Tickets are available here.

On March 2, they’ll be at Cervantes’ and on March 3 at Warren Station At Keystone.