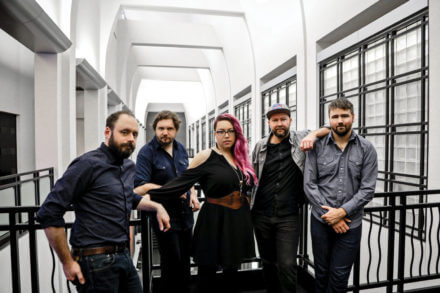 When you think of San Francisco music, you have a lot fo choose from. The entire Bay Area has been a music hot spot for generations. From the hippie culture of the 60’s, to the East Bay hip hop of today, there’s so much good music coming out San Francisco that it can be hard to keep up.

What about contemporary bluegrass? And not just the jammy kind you might expect from the corners of Haight and Ashbury. We’re talking fine tuned, well-crafted Americana.

Well you can add one to the map. Front Country, who are playing the Fox March 1, are the band you need to hear. One of their best songs is about our very own Colorado, and highlights the appeal of this Bay Area five piece – the tight arrangements and the striking vocals of lead singer Melody Walker.

“Colorado is just epic. And every time we’d drive east from California to come play festivals in Colorado we felt a little like we were cheating on our home state.”

Other Love Songs from 2017 features fine songwriting and features great lines from the lore of Americana on the twangy “Lonesome Town” among other fine songs. Think Brandi Carlile, with a dose of Bill Frisell, and some electro-pop thrown in for good measure, and you’ve got a good idea about the clever sounds of Front Country.

We talked with Front Country’s singer, guitarist, and percussionist Melody Walker about all of this, and so much more.

Front Country will be at Cervantes’ March 2, and March 3 at Warren Station in Keystone in addition to their Fox show.

Soundcheck: Roots music has a very traditionally distinct sound, with regional dialects. Do you see the “Bay Area” impacting your sound? How so?

Melody Walker: Our sound is a huge byproduct of where we came from. Since Bluegrass didn’t originate in California, but came there a couple decades later, the West Coast grass sound is a natural evolution of the style. The story of Bay Area Bluegrass definitely includes the Grateful Dead, Garcia, Grisman and Peter Rowan, and strong females like Laurie Lewis and Kathy Kallick. So we naturally have some more jammy elements, but also some of the virtuosic music theory and innovation of Dawg Music and “new acoustic”. 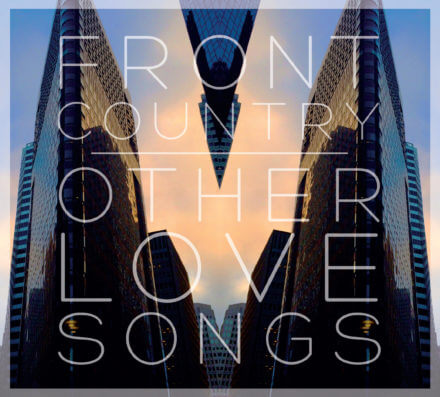 On the same line, how does the times we live in contribute to your work? Roots music certainly sounded very differently in different times in our history.

Roots music has always been about people – Folk comes from the German word for “people” – and music gives voice to the voiceless –  so I think we’ve always been called to speak up about our own experiences in the world, and injustice.

What has your experience playing in Telluride been like?

The view from the stage at Telluride is truly a bucket list moment that we will never forget. It’s surreal in its beauty. Like you’re part of a painting.

“Front Country has always been working toward creating the biggest possible sound with our string band instruments and voices.”

What’s that moment like when you step on stage with those surroundings and considered the importance of that festival in launching the careers of so many bands?

Playing the main stage at Telluride, first in the band competition and then the next year, was such an emotional experience. I think the natural beauty of the place really grounded me personally to be able to be joyous in the moment. To be really grateful in real time, and flow in a happy place between being incredibly humbled by the experience, and proud of our accomplishment. It’s easy to headtrip and be distracted in a high-anxiety situation like that, but those big beautiful mountains can both inspire you to be strong and remind you that you’re small. 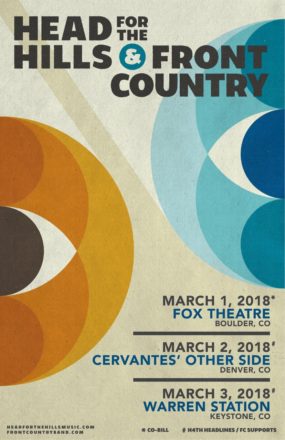 “Sake Of The Sound” is a pretty infection song and such a hybrid of folk and rock influences.  It also got you a “Roots Pop” label. Is that a fair label?

We like it. We are a pretty eclectic band, so it’s hard to put our finger on any normal genre name, but #rootspop works pretty well for us and a lot of other bands we know.

Front Country has classically trained musicians. And you’ve also fine tuned your skills on stage at all sizes of venues. What can fans expect to see at a show? A more raw version of the band, or a very intricate, version?

Front Country has always been working toward creating the biggest possible sound with our string band instruments and voices. We have some new gear, new percussin for me, some expanded pedal boards, so our sound is even bigger than it’s ever been in 2018. We are excited to share it with our Colorado friends and fans.

Who are some of your major influences that have contributed to the twangier side of your work?

Our band was originally inspired by all of those Bluegrass rule-breakers like the Flecktones, New Grass Revival, Seldom Scene, the Steeldrivers, Hot Rize, David Grisman Quintet, the Good Ol’ Persons etc. The ones blending pop, jazz, rock, country, blues, soul and classical with string band instruments. Nowadays we are most inspired by bands like Tune-Yards, Dirty Projectors, St. Vincent and Lucius who are doing high art with high virtuosity, and super soulful song-based acts like Brandi Carlile, Fruition, and Joseph, plus the bottomless canon of classic rock and pop we are always drawing from, down deep.

On the songwriting side of your work, who are some influences?

Brandi Carlile’s new album is breaking my heart and soul and mind apart right now. I want to get as good as she is someday. Freaking masterful writing and singing.

You have a terrific song called “Colorado” in which you long for our beautiful state. What is it about Colorado that brought out such beautiful lyrics?

Colorado is just epic. And every time we’d drive east from California to come play festivals in Colorado we felt a little like we were cheating on our home state. So it’s written to California, as we are driving away. It’s come to pass that we eventually did move away, we live in Nashville now.

When you roll into Colorado for a show, what’s the song or album that is the perfect soundtrack?

We all listen on headphones in the van (in case anyone wants to nap, or just chill in silence) so it’s all different, but I like to hear my friend’s bands – maybe some Railsplitters, or Finnders & Youngberg – forward thinking Colorado String band music.

When you’re here, is there a must see or do, if you have the time?

Cheese Importers in Longmont, aka heaven on earth. Especially on a hot summer day, stepping into that walk-in fridge to find free cheese samples is pretty epic. Also, the French cafe there is dangerously legit. Did I mention we really love food?

From the folk canon, what’s a song from your past that truly embodies your work and who you hope to be as a band?

Our arrangement of “Rock Salt & Nails” is one of the first things we created together as a band, and it’s where we found our sound. Sometimes you can really hear the soul of a band through how they interpret someone else’s song. We learn new things about ourselves all the time that way.

What are you listening to now? And what’s in your CD player or on your phone that might be a bit of a surprise to your fans?

We rarely use the CD player in the van, but we stopped at a beachside record store in San Diego on this tour and each picked a disc from the 99c bargain bin. Selections included Bruce Hornsby – Harbor Lights, Tina Turner – Private Dancer, and k.d.lang – Absolute Torch and Twang. We love us some 80’s adult contemporary cheese.

And finally, what can we expect from you all in 2018 and beyond? Is there anything exciting in the works that we should know about?

This year we are really focusing on our live show: bringing out our own engineer whenever possible, expanding our gear and our sonic range, bringing in more percussion, and lots of new songs. We don’t plan to record until 2019, so we are planning on bringing a ton of new material to the stage and honing it live before making the next record. We hope it will make our third album richer, deeper and even more energetic.

Front Country will be at the Fox on March 1 as they begin their Colorado tour.