Set aside whatever you may know about Lambchop. Bandleader Kurt Wagner has taken a new direction on the band’s new single “Little Black Boxes.”

Based out of Nashville, Lambchop has been around since the early 1990s, with well over a dozen albums to their name. The band is a somewhat rotating collective of musicians, with Wagner as the band’s centerpoint – chief singer and songwriter and the only constant member. 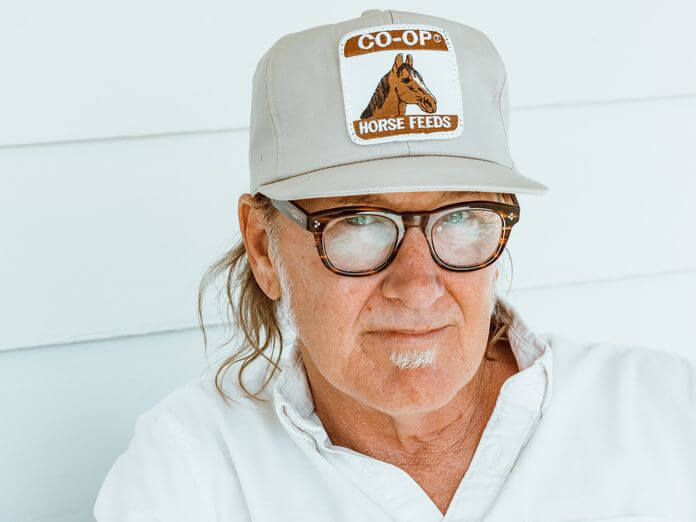 Lambchop is best known for slow, languid, moody songs that float through your mind like fuzzy pieces of dream. You can’t quite remember exactly what happened, but it’s left a lasting impression. Wagner’s rich, baritone voice anchors the songs, with the musical layers filling the space and a rhythm (if you can call it that) moving at its own unhurried pace. It’s music you sit back and settle into.

“Little Black Boxes,” however, is a whole different animal. It’s an electronic dance song, with Wagner’s voice treated with Trans-like effects and bright (for Lambchop, at least) beats pumping the song with an actual driving rhythm. And no lie, it’s a lot of fun.

The song, says Wagner, “was created in a hot, sweaty, smoky, room on a mid-July evening filled with six or seven sweaty Minnesotans, four or five laptops, a piano, a smoke machine, and some laser lighting all throbbing to an undeniably infectious groove, it’s a wonder we all survived. But here we are. Lightning in a beer bottle.”

“Little Black Boxes” is the latest single from Lambchop’s upcoming album The Bible, due for release Sept. 30.