Hiss Golden Messenger and Lucero added to our March 6 show! - The Colorado Sound
Skip to content 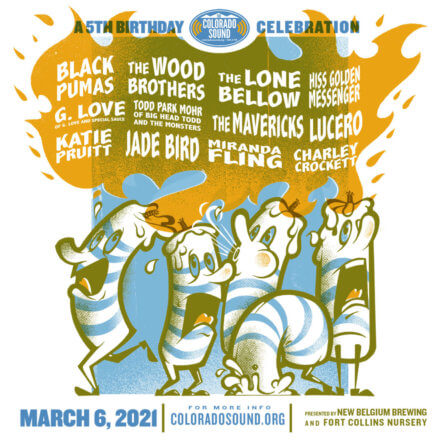 Next weekend we are celebrating our birthday with a special show that you won’t want to miss. This week we announced Hiss Golden Messenger and Lucero to take part!

The event takes place on our YouTube page and our website. If you haven’t subscribed to our YouTube page, do so here. To listen to the music of all previously announced artists playing our birthday party show, head here.

Hiss Golden Messenger is a leading band in the indie-alt-country-Americana scene. Led by the excellent songwriter M.C. Taylor, this North Carolina band has been wildly prolific for over a decade, releasing some of the best sonically constructed albums in that time. Their most recent full length, Terms Of Surrender, earned a 2021 Grammy nomination for Best Americana album. Here’s more on that album from Wold Cafe.

Memphis’s Lucero specialize in an intoxicating hybrid of swamp soul, cowboy punk and blues, all with an electric lyricism that has allowed the band to grow one of the most loyal fan bases around, consistently selling out venues from Ryman Auditorium in Nashville to Red Rocks here at home. Their most recent album, When You Found Me, just arrived, and it follows their excellent 2018 album Among The Ghosts. Heavily influenced by stalwarts throughout music, Lucero are one of the most original bands around. Here they are recapping their love of Warren Zevon and more

On Saturday, March 6, our 5th Birthday Party will

Looking forward to this! March 6! Next weekend! Th

Listen to this week's Music 101 on Presidents by g

Live music! Get more info on The Colorado Sound Pr

February is Black History Month, and we compiled g

Anyone listenin from Boulder? Love those Flat Iron

Our March 6 celebration and benefit for CIVA keeps

Margot will explore songs about presidents on this

Lettuce will be playing four shows over the next t

Twenty years ago this month, losing KUNC was defin

Listen to this week's Music 101 again using the st

WOW! We were able to finish our membership drive e

Ready to knock this drive out of the park? We are!

Happy Fat Tuesday! It's always good to have a New

Colorado Concerts Could Get to 80 Percent Capacity by July

On Saturday, March 6, our 5th Birthday Party will take place online to raise money for the Colorado Independent Venue Association and to help bring live music back to the state. Chris Zacher of the National Independent Venue Association and Levitt Pavilion talks about the importance of the project and the impact we can all have when we work together. To contribute before the event, find the link here: buff.ly/3pVW6rO ...