It’s still early in the year, but it’s going to be hard to find a more creative and emotionally-inspired album than Offerings, by Typhoon. Offerings is out Friday, from the Portland, Oregon 11 piece. They’re at the Gothic Theatre Friday, as well.

And yes, you read that right – 11 musicians, schooled in the elements of combing folk and post-rock terrain.

Offerings is getting plenty of buzz.

In a recent NPR review, one critic says, “Good lord this Typhoon album is brilliant … haven’t cried listening to a record since [Sufjan Stevens’] Carrie And Lowell.”

(Note, you can also stream the album in the same link, until January 12).

Grand in its scope, and literary in its approach, Offerings is often gorgeous. Lead singer Kyle Morton takes listeners on a journey akin to Dante’s Inferno.

Offerings goes through four movements, “Floodplains”, “Flood,” “Reckoning,” and “Afterparty”. Without giving too much away, “Afterparty” leaves off with a sense of hope.

Typhoon’s musicianship might be the story, though. Scaled back from previous efforts, Offerings might be their most memorable album so far. Eleven musicians plucking stringed instruments and gently blowing horns matches the mood perfectly.

Their previous album, White Lighter, got several best of year nods, and there’s every reason to assume Offerings will as well.

Soundcheck caught up with Morton just as the band launched it’s tour, and we dove deep into the meaning of the album, the band’s influences, and much more. It will be exciting to see them play songs from Offerings and their catalog.

Soundcheck: I really think your new album is a such a creative tour de force. Offerings is essentially a narrative set to music. Why at this moment, following some real good critical success, did you change take a narrative approach to the album?

Kyle Morton: First, thank you so much for the kind words, and for taking the time out of your busy life to listen to a rather long, sad record.

I didn’t really set out with the intention change to my song-writing to a more narrative format; in the beginning I knew I wanted to make a record about memory, specifically what happens to your humanity when you lose it. And as my ideas on the subject began to materialize, so did this rather pitiful character whom I built the rest of the record around.

“Musically, all I’ve ever tried to do is write a Mount Eerie record.” 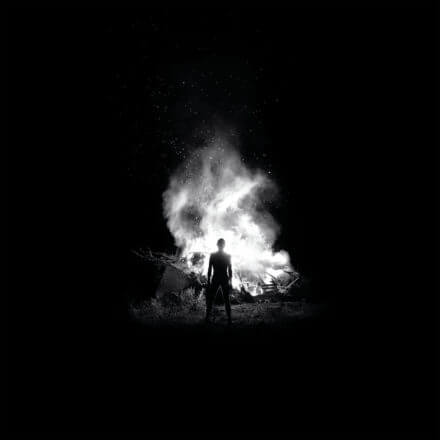 Offerings tells the story of man losing his memory. Memory is a fairly common theme in music, but definitely not to the degree you explore here. Why did you decide to go in such detail on memory and sense of self?

I’ve told some of my friends that this project, at the start, was a sort of introverted, existential version of doomsday prepping. Having been physically and mentally compromised more than zero times, I concluded that if one lives long enough life eventually strips away everything–body, loved ones, memories–and with that inevitability in mind, I got obsessed with the possibility that there could be some indivisible kernel-of-being that one could hang on to the bitter end in order to avoid complete loss of self.

The grand, sweeping, song-scapes that fans have come to expect from Typhoon are still there. Was it easier to set the band’s sound to a larger story? Or did you find some challenges in doing it this way?

Well, it has certainly been pointed out that we have a weakness for the grandiose, and it’s certainly still there with Offerings.  I have very talented, intuitive bandmates, so the writing itself tended to be more difficult than wringing out the right sounds. One of the challenges was knowing where to bend the song to serve the narrative, and conversely where the music should take the lead. This is the dilemma of the concept record and I tried really hard to not let the concept kill the song.

You approach some real serious topics on this album, including anxiety, suffering, and loss. How related are these themes to this moment in our history? Or are these songs more personal for you?

Though the record started out in a mostly introspective vein, I was writing it in 2016. The stakes of the record suddenly seemed higher when it occurred to me that America itself was entering a sort of wide-scale dementia, in which empirical facts are repressed and society at large is stupefied by an unrelenting flow of disinformation. Yes, it’s a record about personal pain and salvation, but what it finds is that those things are inextricably linked to the outside world and to the other. It wasn’t until I widened the scope to account for this relation that I began understand the moral implications of memory (or history) loss.

You’ve called Offerings a dystopian album. How did you go about combining such heavy themes and turning into a cohesive, listenable record? It has some really excellent harmonies and memorable lyrics?

Bless your heart. I hope it’s listenable. At times I wonder if putting out a 70-minute experimental rock record in 2018 wasn’t an exercise in futility.

You clearly have a very artistic approach to your work, very literary too. Do you find yourself listening to music or reading more? What are some of the albums and possibly books you’d love our listeners to know to better understand the band’s higher callings?

Equal parts film/literature/music. Some of my favorite cameos on our record come from Samuel Beckett (in particular his Three Novels), T.S. Eliot (Choruses from the Rock), and of course Federico Fellini from whom I couldn’t help ripping off the Asa Nisi Masa refrain, which in his 8 1/2 is the filmic spell that transports the main character back to childhood.

“One of the challenges was knowing where to bend the song to serve the narrative, and conversely where the music should take the lead. This is the dilemma of the concept record….”

Musically, all I’ve ever tried to do is write a Mount Eerie record. Other big influences in past years have been Sufjan Stevens’ Carrie & Lowell, Andy Shauf’s Bearer of Bad News, Conor Oberst’s Upside Down Mountain, Damien Jurado’s last three records, and Beyonce’s Lemonade.

Other non-musical influences include: the film Upstream Color by Shane Carruth, the works of poet-novelist Zachary Schomburg, especially his most recent Mammother, and I owe a particular intellectual and moral debt to the writings of historian Timothy Snyder.

What is the essential moral to Offerings? I’ve gotten different variations each time I’ve listened. Is it best spelled on the second song, “Typhoon – Rorschach”, that it’s up to us? As you sing, “We have all the information now, but what does it mean?”

There’s one line at the end of the song “Bergeron” that the whole record hinges on:

But if you’re good, even for once

The excellent last song on Offerings Is called “Sleep” a nearly 13 minute-long epic with song cycles seeming to mimic the stages of sleep. Quick question – What keeps you up at night? And following up on that, your music has a lot of dreamlike qualities. Is this a coincidence?

I’ve been an insomniac since age nine. Things that keep me up range from death-thoughts, to my foot hurts, to just some meaningless, abstract ruminations. Recently I worry that I’m getting too old to be living out of a van.

“The stakes of the record suddenly seemed higher when it occurred to me that America itself was entering a sort of wide-scale dementia..”

Being from Salem, Oregon, How Oregon-y is your sound? I think of Oregon as pastoral, lush, and a hue of mist at all times. But you can’t have the lushness without the root cause – rain. Your music goes that way a lot. Coincidence?

We borrowed a lot of the elemental themes from our beloved home state – if you listen, there’s a lot of field recordings of northwest nature sounds. There’s even some old news footage of the great flood of ’96 buried in there, but I can’t go into the specifics as its from YouTube, and I probably got into some light copyright infringement.

You are rolling into Colorado for the show. What’s the perfect song to take in the scenery?

When you get the call to play in Colorado, what’s on your mind? What MUST you do, or see while here?

The tragedy of touring is you never get to stay in a place long enough to really dig in. Beyond fear and trembling in the shadow of your mountains and catching up with Coloradan homies, we are completely open to suggestions.

Our listeners always love to expand their horizons musically. And we’ve been playing Rorschach a lot and have had good feedback. Where might they want to dive in next on the upcoming album? And, perhaps a few influential songs or albums that you turn to a lot?

“Remember” is the next “single,” so management would want me to plug that, but if you’re feeling a little more wistful try “Beachtowel.”