Recently, two new albums arrived in the office and will be featured on Torch & Twang this Sunday. One album is indebted to a blues legend, and the other comes straight from a Colorado band.

Strange Angels: In Flight With Elmore James is a tribute to the blues icon Elmore James, whose music still resonates long after his passing. It’s out January 26.

The Railbenders album is just an awesome listen. The Medicine Show is out now. It’s the Denver band’s first in eight years. 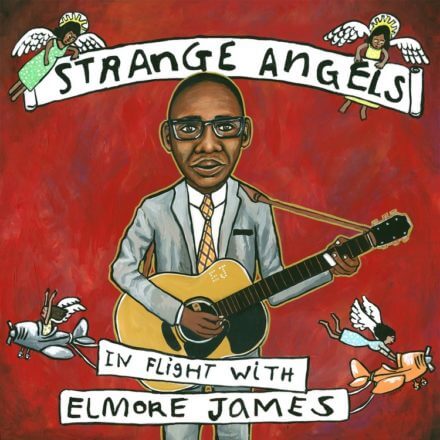 Elmore James is one of the most influential musicians to come out of the Blues. James was known for his amazing slide guitar skills and served as a link between the Mississippi Delta and Chicago Blues. It’s no surprise that he has been covered from Stevie Ray Vaughan to Eric Clapton to Fleetwood Mac and George Thorogood. Strange Angels: In Flight with Elmore James is a terrific collection of Elmore James covers. Even though James has left us, his music remains as strong and relevant as ever.

These heartfelt renditions of James classic material are a treat to share with you on Torch and Twang. If you aren’t acquainted with Elmore’s work take a listen to a song being featured Sunday morning. Chuck E. Weiss does a sensational cover on this weekend’s show. Here’s the original: 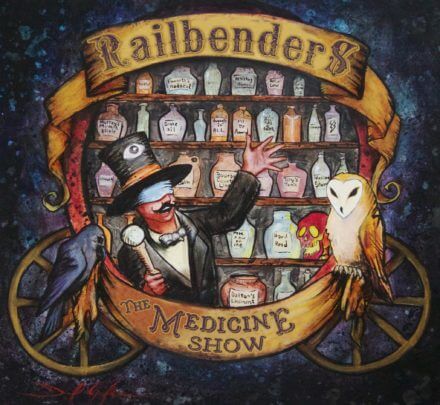 Colorado’s favorite Americana band is back. The Railbenders have just released “The Medicine Show” their first album of originals in over 8 years. This album is the Benders at their hard drinking best with songs guaranteed to win over any “Honky Tonk On A Friday Night”, “Bourbon County Line”, “Have A Drink On Me”, “Ass, Gas or Grass”, and “Whiskey and Woman” are all built in the classic Railbender sound of loud guitars, catchy lyrics and foot stompin’ rhythm. This week on Torch and Twang we will be debuting “Lincoln’s”, the band tribute to one of their favorite watering holes.

You can hear Torch & Twang every Sunday from 7 am – 10 am on The Colorado Sound.