Today, Red Rocks announced three shows that will likely be of supreme interest to Colorado Sound listeners. They include The Decemberists, Nathaniel Rateliff & The Nightsweats, and a Punch Brothers/Gillian Welch show at the tail end of summer. 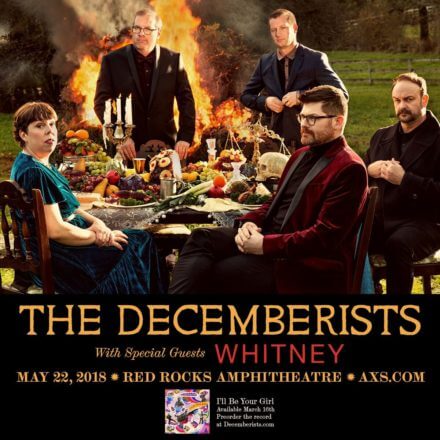 The Portland, Oregon band are playing Red Rocks Tuesday, May 22.

It will be on the heels of their new album. I’ll Be Your Girl, which is out March 16.

You can stream their synth-laden singe from “I’ll Be Your Girl” on Spotify and Apple Music.

Tickets go on sale January 19 to the general public, with presales happening January 18. 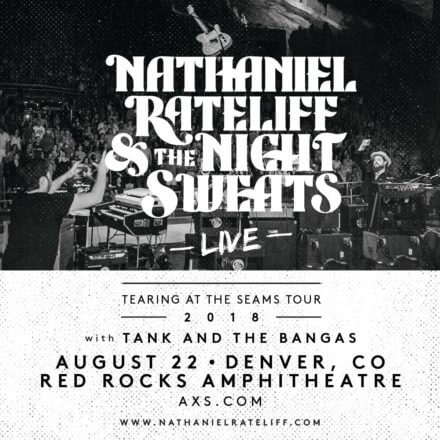 The popular Denver band will be at Red Rocks August 22. Presale next Thursday, January 25 and January 26 to the general public. We’ll have the codes for you in our Soundboard newsletter next week and on our web site.

The Red Rocks show culminates a massive world tour that takes them through Europe, Canada, and the United States.

Their anticipated album Tearing At The Seams is out March 9. Check out their new single, “You Worry Me”.

And, lastly, a cool collaboration. 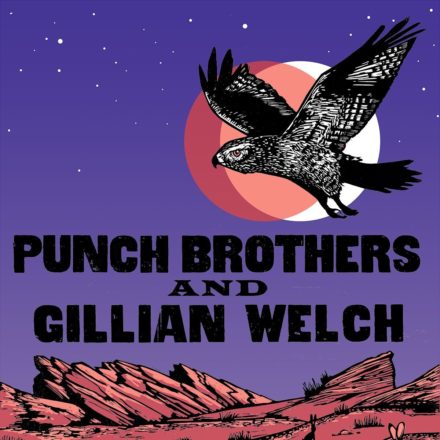 Punch Brothers and Gillian Welch are joining up at Red Rocks on September 17.