Quite a week in music. Let’s get to it.

New Songs On The Colorado Sound

Some impressive new shows were added to the concert calendar. View the rundown.

The Colorado Sound Presents… Belle & Sebastian at the Ogden Theateron June 19. The band released How To Save Our Human Problems last week, their second of three 2018 EPs.

Elton John added a show too, but that’s not until 2019. It’s part of his three year Farewell Tour. He will play for what will presumably be his last time in Denver, on February 7, 2019. Tickets are on sale now. 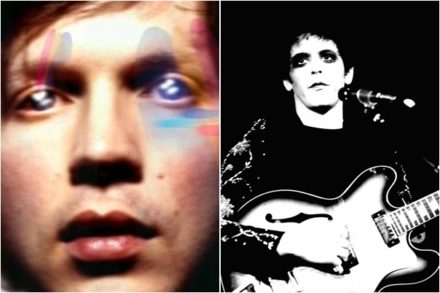 Covers are getting all kinds of attention this week.  Beck released a Velvet’s take. Up to Lexington, 1-2-5!

Rotsdam, formerly of Vampire Weekend, did a Nick Drake redo.

Kevin Morby and Waxahatchee did two supreme Jason Molina covers. All proceeds from the collaboration go to Musicares.

In other news around the world of music, Jack White bans phones at shows. So, if you planned to see him in Broomfield on August 8, be ready for that.

Johnny Greenwood, Radiohead guitarist extraordinaire, got an Oscar nod for his Phantom Thread score. Greenwood has scored other movies in the past, including There Will Be Blood, We Need to Talk About Kevin, and The Master.

This week, influential Fall’s singer Mark E. Smith passed away. He was 60.

We send you out with his Glastonbury performance with Gorillaz in 2010, when he utterly stole the show.