The Animated Craft Of Julien Baker
Skip to content

On Little Oblivions, Julien Baker finds ways to intensify and expand her already incisive communication style. Her visceral imagery and poetic yet conversational language animates her fatalistic, life-and-death reflections, and veers from the familiar austerity of her voice-and-Telecaster arrangements.

Baker carefully considered how she’d rethought her aesthetic values and recalibrated her creative process to allow for experimentation. Scott, drawing on her own experiences as an album maker, had her own take on what it’s like to have her music characterized as the product of, say, purging as opposed to craft. She didn’t hesitate to get rousingly blunt, and even a little smart-assed. 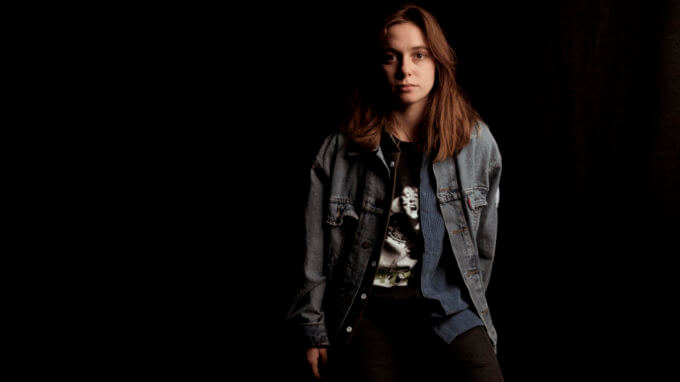 “I’m a person who spends a lot of time in my songwriting and in my daily life having an internal freakout about specifically which terminology I’m using for any conversation,” Julien Baker tells NPR. Photo: Alysse Gafkjen/Courtesy of the artist

For the first time, Julien Baker built her own full-band studio sound, stretching her crescendoing vocal lines over a sinewy, intricate tangle of guitar, keyboard, drums and electronic effects. That lends Little Oblivions a new dynamic tension, between forces rupturing the surface and roiling beneath it.

Lots of bands have taken their name from another b

Have a good weekend!

Catching up with one of the best - Laurie Anderson

(from Ron) Sad to hear of Rusty Young's passing th

Whether in person at eTown in Boulder or on the ra

Go inside our #AlbumOfTheWeek with VALDEZ with liv

Listen to this week's Music 101 again, right at ou

Tickets to this one are on sale Friday at 10 a.m.

#Repost / @BlackPumas: Tix go on sale to the gener

Nathaniel Rateliff's performance from the Mercury

Happy Earth Day. There are a lot of great songs we could play to celebrate. Which songs should we add to today's playlist?youtu.be/uxMRgponxD0 ...

I loves me some Marvin! This one resonated with me today, with all the proposed changes to the EPA and other protections for the world we live in at risk, it...