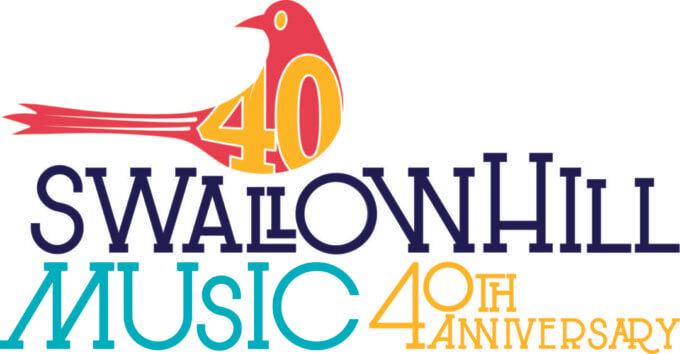 Swallow Hill Music, the Colorado non-profit music venue that has championed local and national artists for forty years, will be inducted in the Colorado Music Hall Of Fame November 9. With its induction, the venue becomes only the second venue in Colorado to be inducted into the Hall Of Fame. The other is Red Rocks Park and Amphitheatre.

Swallow Hill will celebrate its induction with a 40th-anniversary concert featuring this year’s other inductees The Mother Folkers. The event takes place at Central Presbyterian Church in Denver on November 9 at 6 pm.

“Swallow Hill Music started with Harry Tuft’s commitment to build community around music, and forty years later we have an amazing community that attends classes and comes to concerts,” Swallow Hill CEO Paul Lhevine said in a release.

For many connected to the Swallow Hill Music Association, the story of roots, Americana, and folk music begins and ends with Swallow Hill, locally, and nationwide. Championing artists like Bonnie Raitt, Taj Mahal, and others long before a national audience had been established, Swallow Hill grew to become more than a stage. Over time, it has grown into a scene unto itself – bringing communities of music lovers together through music with classes and an expanded concert spaces. Swallow Hill is now located on East Yale Street.

Tuft, the founder of Swallow Hill, and himself a member of the Colorado Music Hall Of Fame, helped usher in an early folk scene in Denver, establishing the city’s district of Swallow Hill as a meeting ground for musicians and artists. Modeling the area after the Greenwich Village scene of the early 60s, Tuft opened the Denver Folklore Center in 1962.

The roster of artists he brought to the Mountain West astounds, from Muddy Waters to Pete Seeger, and dozens more. He is still an active performer to this day; he has a show Thursday, September 12.

The Colorado Music Hall Of Fame is located in the Trading Post, just east of the main stage at Red Rocks. Visitors there can interact with the music and legacies of artists like Steven Stills, The Nitty Gritty Dirt Band, John Denver, and now, Swallow Hill Music, which, arguably, paved the way for artists like those to gain a foothold in Colorado.

For a full list of Swallow Hill’s upcoming shows and classes, you can find a schedule here. Tickets to the November 9 induction are now available.

Hey everyone! Hope that you are staying cool today

We’re heading into our summer drive next week. Y

Happy Fourth of July everyone. We made 105 memes a

Check out these terrific photos of Drive And Jive at the Holiday Twin Drive-In with Slow Caves and The Beeves from Tuesday night.

It was an incredible evening at the Drive In. Postcard skies, rock and roll and a great crowd complimented the amazing landscape. Denver's rock trio the Beeves took the stage around nine pm and brought high energy rock, country, punk and blues with attitude and amazing stage presence. Strong rock and blues influences were very apparent. When a young band like this covers Lighting Hopkins you know they are paying attention. Bass and drums were certainly on-point and the tone of the Rickenbacker bass played beautifully by Margot was as concrete as I have ever heard. Guitar and lead vocals by Ian was delivered with high energy, grit and once again the tone of his Jazz master style guitar was well suited to their style. Great seeing the Beeves for the first time.
Local favorites Slow Caves followed. Brothers Jakob and Oliver Mueller share the vocals and guitar parts and are so comfortable playing together that the music flows from the stage with ease and high energy. Bass and drums make up the rhythm section that provide the perfect heartbeat for the guitar driven sound. Their powerful alternative style has brought this band into the national spotlight over the past few years. Old Flame Records took notice of the band and soon after the EP Desert Minded was released. The band has spent the last few years touring with performances at SXSW, Treefort Music Fest to name a few. Slow Caves released their debut album "Falling" in March of 2019. Stay tuned for much more from this amazing band coming very soon.

Thanks to the Bohemian Foundation!