With the release of their new album, American Football are back in the spotlight. American Football (LP 3) will more than quench the longing of their passionate legion of fans, a base that has swelled over the years thanks to a near-mythic status for fans of intelligent emo music typically categorized as Midwestern Emo.

You can credit Colorado as having a major influence, too. American Football drummer, Steve Lamos, is a long time Colorado resident, and professor of writing and rhetoric at the University of Colorado in Boulder.

You’re going to hear a lot about LP 3 advancing a much-needed dialogue of openness and honesty in general, and that’s in large part a credit to Lamos, who has a Ph.D. in Writing Studies from the University of Illinois – not, coincidentally, far from the famed house that added to the lore of American Football’s intrigue and graced the band’s first two album covers.

In the coming weeks the band will embark on a tour that brings them to Denver on June 22 at Summit Music Hall.

For those relatively new to the American Football story, a quick primer: in 1999, led by frontman Mike Kinsella (famously of Cap’n Jazz, and Owls), the then Illinois-based band released a time-capsule of a debut album before going their separate ways. But the impact grew over time, and when American Football reunited for 2014 for a small tour and then in 2016 for their second album, a hungry fan base was waiting in droves.

By then, Lamos was a tenured professor at CU, and academia has played an important role in his evolution with the band.

It’s much the same influence American Football has had on its listeners in navigating difficult terrain with some of the most beautiful, if not wrenching, music of the past generation.

It’s an approach Lamos says he brings to his teaching. “We better figure out how to make sure we are moving in productive directions,” he said. “There’s a kind of catharsis involved in some of it. The music invites a kind of suspension.”

American Football is now living out their lives not as neighbors, but as citizens, dads, and husbands across the country, and Colorado’s influence is prominent.

“There’s something Colorado-y about knowing when to stay silent,” he said. “When you wander above the mountains and above the tree line, there’s a cool sense of insignificance out there.”

The Colorado Sound: How does being a musician make you a better professor – and vice versa?

For the longest time, I saw professing and music as separate things: my real job versus my fun release. The longer we do this band, though, the more I see these two things as being intertwined.  Working with students and doing research gives my life a sense of purpose, I suppose. But playing drums is a kind of spark and diversion that makes the day-to-day of the professing feel more alive.

At the same time, I find myself writing more and more as an academic about what it means to play drums as a professor, and especially about what it means to use academic frames of mind to help understand why one would travel from place to place with the goal of creating musical and sonic environments. As my two worlds blend more and more, I find myself happier and happier. It’s very cool.

Working with students at CU, what do you think they’d learn by listening to honest music like American Football?

I love students who seek out and listen to any music that they’re passionate about because it speaks to them. I also love when they share it with me. I was having coffee the other day with a kid who’s all about death metal. That is not my genre at all, but he speaks about it with such passion that he makes me want to experience what he’s talking about for myself. Another student mentioned “emo rap” to me recently, which also intrigues me, maybe for obvious reasons.

To new listeners, how would you describe the new record in terms of its message and sound?

This is a record about middle age, I think. The music sets a kind of contemplative mood, and many of the songs deliberately sit in a particular pocket for a long, long time. The lyrics also regularly reference relationships that are complicated, ambiguous, or fraught. I’m not sure that we deliberately set out to make a middle-aged record, but that’s what it ended up being.

One song that moves us to think of loss, the passage of time, youth, regret, and all of that is “Uncomfortably Numb.” But in a way, isn’t that what it’s all about?

Yes, everyone in the band has dealt with alcoholism and its long-term effects in one way or another. Mike’s line about “blamed my father in my youth / as a father, I blame the booze” gets me every time. But I love how that line fits the larger melody—and then how Hayley Williams (of Paramore) takes that melody in a new direction. As bleak as that song is, I find it kind of uplifting. 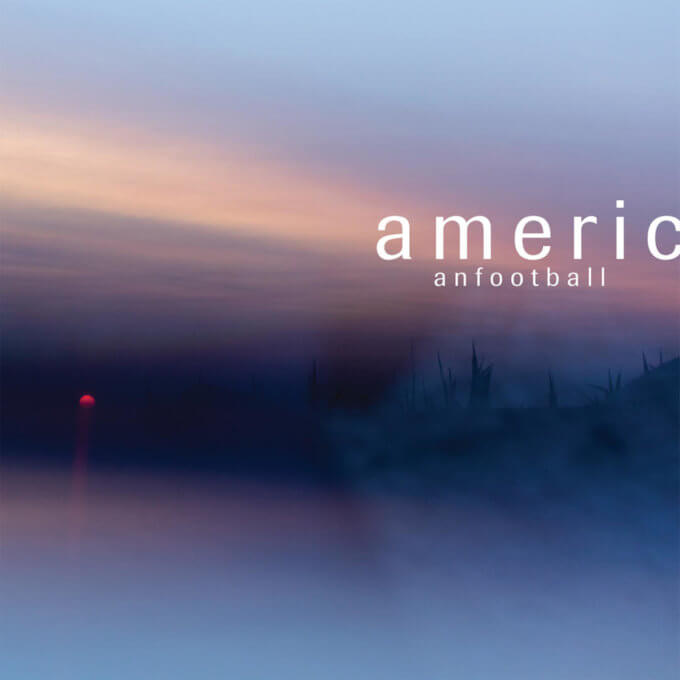 On a good night, live drumming to this stuff is heaven. When we’re playing well, when the crowd is into things, when the temperature is right and the lights are right and the vibe is right, I’m not sure that it gets too much better.

Getting to the “emo” label, and with being in the middle ages of life. Is emo the perfect middle age music because it’s all about looking back, and in this way, does this the new album carry more truth to it?

I used to dislike the “emo” label – the My Chemical Romance-style of emo was never my cup of tea, and there’s also a lot of good writing out there about the problematic gender dynamics associated with some bands in the genre. Jessica Hopper’s writing comes to mind.

Instead, I’d always thought of American Football as an “indie” or even “post-rock” band. Jeanette Leech has this amazing book called Fearless: The Making of Post-Rock that chronicles post-rock history from Talk Talk to Tortoise to June of 44 to Explosions in the Sky. One of the greatest thrills of my musical life was seeing American Football included in that book.

However, I’ve definitely grown to appreciate the emo label a bit more with time. If this genre ultimately encourages people to process non-normative feelings and emotions – about family, about love, about sex and sexuality, about gender, about race and racism and discrimination, about whatever else – then I’m happy to be associated with it.

You mentioned that adding drums to the new album was pretty difficult. How come?

There was one song on this new record – “Mine to Miss” – that gave me fits. I love the song, but the beat flips around a couple of times in it in a way that was maddening. I pride myself on playing weird time signatures, and yet I spent hours and hours in my basement without being able to figure it out. One morning, though, it all clicked. I could magically feel my way through the part (although I still can’t count it out, even after recording it). I don’t think that I’ve ever had to work harder at a drum part.

You mentioned the beautiful insignificance of being in a place like Colorado, where you can get lost easily. Does losing oneself here allow you to be a better musician?

I feel most alive in the mountains, both in summer and especially in the winter snow. I love the space, the sense of mass, the sense of scale—and especially my own sense of insignificance in comparison to things that have been around millions of years, worn down by time and water and wind.

On songs like “Silhouettes” and “Every Wave to Ever Rise” from the new record, I tried to play with a “getting-lost-in-the-mountains” kind of feel in mind, if that makes any kind of sense.

What song from the American Football canon would be the perfect “lose yourself/find yourself” song to wander around Colorado with?

I want so badly for American Football to show up in a ski film somewhere – ideally for something shot in Colorado. I think that some of our instrumental stuff, especially “Five Silent Miles” from the very first EP, would be good for a scene of someone skinning up a mountain in solitude. And then I think that “Silhouettes” or “Every Wave” would be good for an actual skiing scene. Are you listening, Warren Miller Entertainment?

When students find out you’re the drummer in an important American band, what do they say?

My own students generally don’t ask about it, so I don’t bring it up.

I do occasionally get invited to other people’s music or writing classes to talk about the band. Teaching should be about them, not me. Students aren’t there to pat me on the back for playing drums. They’re there to learn something and to get where they want to go.

Need a concert to watch? NPR Music has put together a collection of shows from the famed 9:30 Club.

For more, check out our virtual event's list: coloradosound.org/daily-virtual-events/ ...