FoCoMX is the year’s biggest Colorado music showcase. Taking place April 27 and April 28, hundreds of Northern Colorado bands literally take up residence in Fort Collins, taking over dozens of venues, fields, event spaces, and anywhere you can fit a stand up bass or a drum set.

Praised for its “big-fest” feel, and also maintaining an intimate connection between artists and fans, FoCoMX is bigger than it’s ever been. Entering its 10th year, we had a chance to interview co-founder and board president Greta Cornett, who, while not putting together one of Colorado’s finest festivals, also plays in the festival, too.

We discussed the festival’s growth, future ambitions, how Fort Collins is being put on the national map, and much, much more.

Can you believe it’s been 10 years since the first FoCoMX?  How has the festival changed in 10 years?

We can’t believe it’s been 10 years since our very first FoCoMX. Well, this is most definitely a grassroots effort in it’s sincerest form. It’s a festival for musicians put on by musicians. We did the first FoCoMX out of my living room. We were a very new non-profit with no funding or funds when we started this thing, so we did trades for printing which allowed us to hand-make our tickets that first year. We used our personal money and went to Office Max, bought matching wristbands and paper, and our only choices were neon.

We had a logo that we used as a template for our “tickets” which turned into laminates for both artists and all attendees. We would make copies, cut the copies, laminate them, cut them again, hole punch them and then tape a matching wristband to it. We took those to Rock N’ Robins and sold them to the public.

“We did the first FoCoMX out of my living room.”

When we would sell a few and have a little more money, we would go back to Office Max to buy more paper and wristbands and start the process all over again. This went on night and day for weeks. We thought we might sell a couple hundred if we were lucky but we ended up selling a couple thousand. We were pumping out those homemade tickets 24-7 the week and most definitely the weekend of the festival. We bought Office Max completely out of wristbands and ended up borrowing random ones from the Sustainable Living Fair.

We’ve since invested in nice cloth and slide lock wristbands. There are so many things that have changed since that first year, but one thing that’s stayed the same is that we want to make this about our local music scene and create community around it.

Probably the easiest answer is that it’s a great way to explore and support your Fort Collins community in every sense; from bands to businesses to venues and more. But beyond that, it feels like an honest look into what’s happening in our local scene. You get to hear the collaborations, you get to feel the excitement in town for our local musicians, you get to bounce around and experience it all and you can really make it what you want it to be.

“One thing that’s stayed the same is that we want to make this about our local music scene and create community around it.”

How has the music scene in Fort Collins changed since the first FoCoMX? How do you think FoCoMX has helped musicians to elevate their craft?

Our scene has had so much upward growth in these 10 years. There’s an incredible amount of support for musicians in Fort Collins and it continues to explode with so much creativity. We have such a vibrant music community with so much camaraderie between artists. It’s been a lot of fun to see breakout groups coming from Northern Colorado and watch them not only move to a national platform with their music but to also support other up and coming artists in the area. 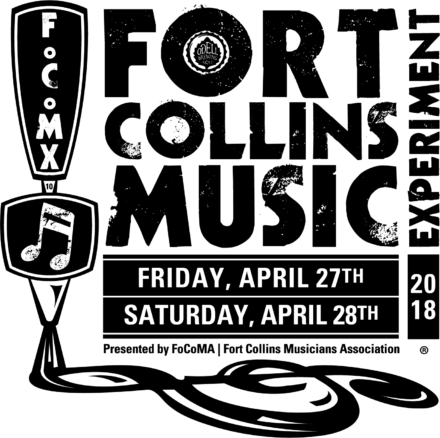 Where do you see the Fort Collins music evolving?

I think we’d all like to see Fort Collins continue to support our local scene in every way imaginable. We want musicians to be able to work and make a living and to call Fort Collins home.  We know there’s something really special happening here and the rest of the country is really starting to pay attention to what is going on in our town as it relates to music.

Have you been involved in music your entire life?  When did you get involved in the Fort Collins Music Scene?

I cannot think of a time when I wasn’t involved in music. I started playing piano when I was very young and picked up my trumpet in 5th grade, and I got really involved in the Fort Collins scene in 1997 when I moved here to attend CSU. At that time, I was just a band geek that loved to play. I’m still pretty much that. I feel so much gratitude that I’m still able to play music and be in these awesome bands with friends that have become my family.

“We want musicians to be able to work and make a living and to call Fort Collins home.”

How many bands have you played in at FoCoMX  and around Fort Collins over the years?

Oh wow. That’s a hard one. I’m currently in 3 bands that will be performing: 12 Cents for Marvin, Mama Lenny & the Remedy and Choice City Seven. I’ve had a couple of really fun projects that have played in the past; The Caleb Riley Funk Orchestra, the 3 Twins, the Ten Timer. I’ve also sat in with a number of bands and artists through the years. Horn players really know how to get around! But that’s the fun of FoCoMX for musicians. Everyone is pretty much in town at the same time, so you can go support all of your friends bands and you can actually sit in with them or the band you’ve recorded with or wanted to try something fun with. It’s an experiment – anything goes.

What are you most proud of about FoCoMX?

I’m really proud that it’s something that our community has embraced and that we’ve been able to grow it in a way that we hope will continue to be a sustainable event in Fort Collins that people really look forward to attending.

Where did the name FoCoMX come from?

Everyone calls Fort Collins FoCo for short. We went with the M for “Music” and the X for “eXperiment” because we were not sure if it would work that first year. Some people have asked us why we still call it an eXperiment since it’s been successful but we wanted to keep that so that we never forget to try new things each year.

“We know there’s something really special happening here and the rest of the country is really starting to pay attention.”

Both you and your husband are musicians, did you meet at FoCoMX?

We met in the local scene. We are both in bands and we ran in the same circle for years before we started dating. And actually at the very first FoCoMX he was in my living room laminating home made tickets and helping us get the festival organized (pre-dating).

Do you think your kids will play instruments too?

They sure might! Both of them seem to love music. My 5 year old calls all vans a band van. And she loves going to our weekly FoCoMX meetings. Mostly because all of us have kids now and she thinks they are her cousins! I also have a 16 month old and he is always drumming, dancing, getting down.

What made you decide you wanted to learn to play the trumpet?  How long have you been playing?

The truth – when I signed up for band in the fifth grade, it was the only instrument I could think of. Little did I know it was going to be a game changer for me. And for some reason I didn’t put it together until my high school band director would joke about my last name – but I was probably destined to play it. My last name is Cornett, pronounced just like the instrument. I’ve been playing for way longer than I haven’t.

“Some people have asked us why we still call it an eXperiment since it’s been successful but we wanted to keep that so that we never forget to try new things each year.”

What 5-10 bands are you most excited to see this year? 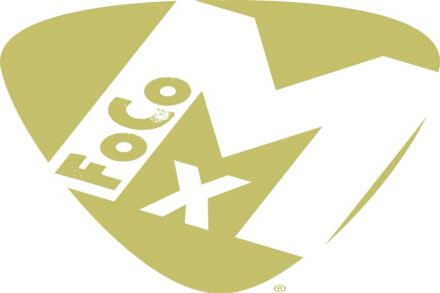 Oh, such a difficult question. There are so many artists that I would love to see this year (and every year) but I am also working the festival. Me and our other co-founders always try to sneak off at the very beginning of the festival and have one beer at Equinox to kick off the event and also celebrate that we’re still doing this and that we’re still friends after doing this – it can get stressful at times!

What are your 5-10 favorite performances at FoCoMX over the years?

“It’s a great way to essentially find the next big band and to support them from the beginning.”

Probably more than anything, my favorite thing is seeing people on the streets excited about local musicians, seeking out their favorite local musicians and really supporting our local scene. I always say, every big national band comes from a local scene, so it’s a great way to essentially find the next big band and to support them from the beginning.

FoCoMA is in the process of hiring a new Executive Director to run FoCoMA and FoCoMX – how do you see your role evolving? Is it going to be hard to let go of your “baby”?

We are all so very excited about bringing on an Executive Director. I’m not sure if you know, but we all volunteer as a board. So we’re essentially a working board and we’ve been working really hard for over 10 years now. So we can’t wait to step back to a more governing role as board members.

I can’t even begin to think about how many hours we’ve put into this thing and it’s a huge commitment and a lot of work. We also do other programming year round, so to hire someone who can continue to grow what we’ve started and also help us add more cool projects for our musicians sounds dreamy.

You can get FoCoMX tickets and find a schedule of events at the event’s website. We will have staff picks for FoCoMX shows coming up on Tuesday on our website.