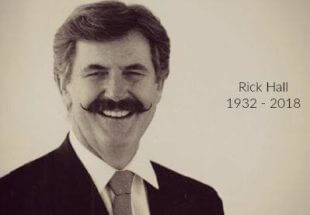 As I say at the beginning of tonight’s episode, you may not know his name but you sure do know his sound! Rick Hall’s imprint shaped some of the greatest music of more than one generation.

If you want to explore the sound of Muscle Shoals further, there is an excellent documentary called Muscle Shoals.