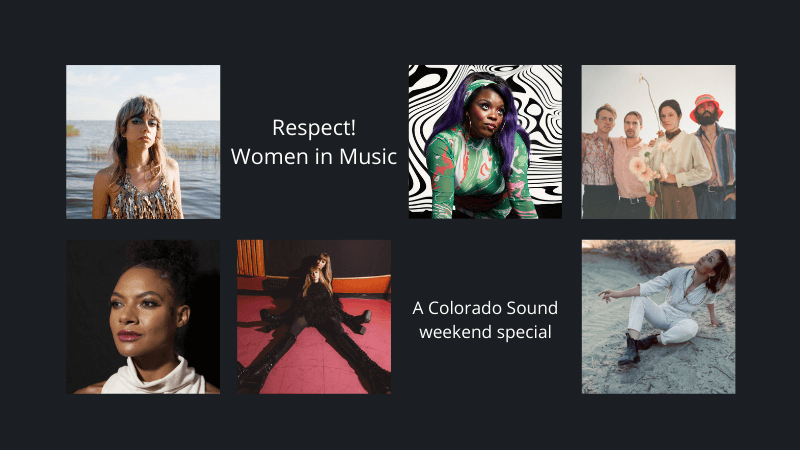 Kicking off Friday (March 18) at 5pm MT, and running through Sunday evening, the programming features not only women artists and women-led bands, it also shines a light on women who are a little bit more behind the scenes. Think bandmembers like Poison Ivy of the Cramps and Tina Weymouth of the Talking Heads, for instance, or music producers and label executives like Sylvia Robinson, the CEO of Sugar Hill Records and the producer of such iconic hip-hop songs as “Rapper’s Delight” and “The Message.”


But the programming also digs back into music history, showcasing the music of pioneering artists such as Connie Francis, Mildred Bailey, the Shirelles, and the International Sweethearts of Rhythm, a jazz and swing band from the 1940s that was the first integrated all-female band in the U.S.


During Original Wave on Saturday night at 10pm, Dawn will showcase Women in Music during her show.

And on Sunday morning, Torch and Twang will also feature women artists and songs where women had an impact or influence. For instance, on her 2019 song “The Wheels of Laredo,” not only is it sung by legendary country artist Tanya Tucker, the song was cowritten by Brandi Carlile – and the album it appears on, While I’m Livin’, was produced by Carlile and Shooter Jennings.

Listen on air along the Front Range at 105.5 FM, online from anywhere in the world via the Listen Live link at the top of our website, or through our Colorado Sound app. You can also just tell your smart speaker to “play the Colorado Sound.”