A Q&A With the Red Rooster, Part 2 - The Colorado Sound
Skip to content 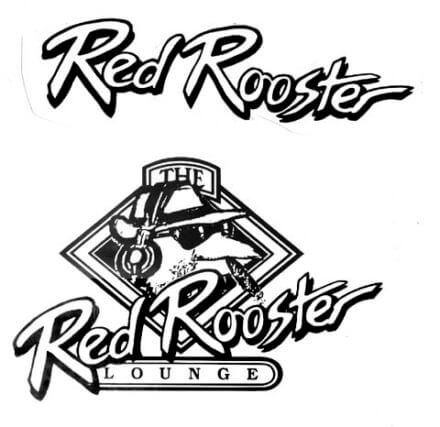 Let’s continue our interview with The Red Rooster. Part 1 is available and full of Blues history.

We continue our look into Blues, with a chat about some of the most vital Blues scenes in America.

View the updated countdown, and read all about the 111th through 87th best Blues songs.

Critical to the dissemination of Blues and early rock’n’roll to the world. When the cast of rural Blues players scattered throughout the Mississippi Delta region wanted to go to the city, Memphis was the place. And Beale Street was its beating blue heart. B.B. King got his first big break doing a daily 10-minute radio show promoting Pepticon (“Good for what ails you”), on WDIA, a white-owned station that employed an all-black on-air lineup, which included future all-stars Nat D Williams, Maurice “Hot Rod” Hulbert and Rufus Thomas.

And then there was Sam Phillips’ Memphis Recording Service which recorded so many of the area Blues and rockabilly players, releasing singles on the legendary Sun Records, including the first sides by one of the hangers-on at those sessions, a young man named Elvis Presley.

The epicenter of the urban Blues sound. The “Blues highway” that led out of deep South poverty often led through Memphis but usually ended up in Chicago, where there were relatives who had previously escaped and jobs in heavy industry or the stockyards. Chess Records attracted an unbelievable wealth of Blues talent: Muddy, Howlin’ Wolf, A&R man/songwriter/bassist/vocalist/bandleader Willie Dixon, Buddy Guy, Sonny Boy Williamson and Little Walter (along with non-Chicago artists like Chuck Berry and Etta James). West Side and South Side clubs regularly featured all these plus Jimmy Johnson, Otis Rush, Hip Linkchain, Earl Hooker, Magic Sam, Magic Slim and the Teardrops.

Most of those clubs are gone now, but on almost any given night you can still find plenty of good Blues to listen to. Plus record labels like Delmark and Alligator have been consistently churning out top-notch recordings for over 40 years.

Katie Webster, “the Swamp Boogie Queen,” Slim Harpo and Lazy Lester. And all those great Louisiana recordings that eventually came out on Excello Records.

T-Bone Walker, though, deserves a special mention. He eventually moved to Southern California where he helped create the West Coast Blues sound. I once asked B.B. King who his #1 influence was and he immediately answered “T-Bone Walker.” I think a lot of Blues guitar giants would’ve said the same thing.

The Fertile Crescent of the Blues. Son House, Robert Johnson, Muddy’s early days on the Stovall Plantation, John Lee Hooker, and so many more who spread this rural music to every part of the country.

What’s your take on contemporary Blues – has it lost some of its originality, or is it just as vital as ever?

Sadly, I would have to say that the current scene is not as vital as it once was. Buddy Guy aside, nearly all the giants of previous generations have left the building. Urban youngsters mostly see the Blues as “old people’s music” and shun it in favor of rap. Over the last 20 years or so I can’t tell you how many CDs I’ve heard by what I call “Joe & the Sixpacks,” white bands that probably sound good after you’ve had a few beers at the local bar but have no staying power.

But Blues has always had its peaks and valleys, alternating periods of being ignored and embraced. I was fortunate enough to be publishing BLUES ACCESS magazine in the ‘90s, the last time of real renaissance for the Blues.

What are some of the trends happening in Blues now that you feel good about?

Just by the sheer mass of music of all types that is available to us nowadays, there is still plenty of good Blues to be found. There are now Blues festivals all over the country and the world. There are several dedicated Blues channels on subscription services like Sirius/XM and Music Choice, and so many over-the-air radio stations have some kind of Blues hour. And yes, there are younger people like Gary Clark Jr. and Shemekia Copeland still carrying on the Blues traditions while adding their own new wrinkles.

And, following up on that, which contemporary artists do you recommend for The Colorado Sound audience.

Desert island question – you are stranded out at sea, on an island. Which three albums would you bring with you, and why?

If it were just Blues albums I would go with these:

JOHN LEE HOOKER – SINGS BLUES (King Records) This contains 16 of John Lee’s late ‘40s recordings, most of them made in the back of Bernie Besman’s record shop in Detroit. Some of these songs are so intense you’d think they were cut by a serial killer who just stopped by on his lunch break.

B.B. KING – BLUES IS KING (MCA Records) Don’t let anyone tell you that Live at the Regal is the ultimate live B.B. album until you’ve checked out this one, recorded in Chicago in 1966. For extra length and extra strength, though, I might go with the two-disc How Blue Can You Get, which extracts from 30 years of live performances, including several from Blues Is King.

MUDDY WATERS – FATHERS & SONS (Chess Records) Back in the days of LPs I would have said McKinley Morganfield a.k.a Muddy Waters, a collection of his early hits. And you can still find all that amazing stuff on a succession of Muddy anthologies. Fathers and Sons was recorded both live and in the studio in April, 1969, and pairs Muddy and Otis Spann with rising stars Paul Butterfield, Mike Bloomfield and Sam Lay (all of the Butterfield Blues Band), along with Duck Dunn, Jeff Carp, Paul Asbell, Phil Upchurch and Buddy Miles, on rousing run-throughs of some of Muddy’s best songs.

[Expanding the scope beyond straight Blues, for the last 40+ years I’ve always given this as my top three albums:

FRED NEIL – FRED NEIL (reissue as THE DOLPHINS and as EVERYBODY’S TALKING). In the ‘60s Fred brought an awesome voice and a bluesy sound to the folk scene. I’ve even heard this referred to as the first folk-rock record. Fred also wrote such great songs as “Everybody’s Talking,” “The Dolphins” and “The Other Side of This Life.”

DEREK & THE DOMINOES – LAYLA. Sure the title track got way overplayed on FM Hits Radio, but this is simply too great a record to discard. Where else are you going to hear Eric Clapton and Duane Allman going at it hard, along with monster contributors Bobby Whitlock, Jim Gordon and Carl Radle. Lord only knows how many dollars worth of cocaine and wasted tape in the studio went into the making of this record, but the end product is a timeless gem.

THE GRATEFUL DEAD – LIVE DEAD. Before nearly every Dead concert ever played became available in official and non-official form, this was THE album that actually captured what they were all about in a way that a studio recording never could. Taken from live performances in 1969, it captures them as the ultimate space cadets (a gorgeous “Dark Star), hard rockers (“St. Stephen”), and as Pigpen’s R&B enablers on “Turn On Your Lovelight.” Back when it first came out you had to flip the records every 15 or 20 minutes, so it’s even better as a CD.]

You get to go to any Blues session ever – where are you going, and why?

Any session at Chess Records in Chicago, particularly one that included Muddy Waters. This was Blues on the hoof, with history being created right in the studio.

Same question about a concert?

I think that 1966 B.B. King show in Chicago that produced the Blues Is King album.

What can listeners expect moving forward on your countdown?

Without giving too much away all I can say is that if you like what you’ve heard so far … just wait. Taken as a whole, this is one concentrated dose of Blues essence, even the songs that aren’t strictly Blues. They all follow John Lee Hooker’s dictum: “Nothin’ but the best and later for the garbage.”

Where can we find out more?

You can order the entire six-disc set here.

By the way, I also teach a week-long class every summer with this set of music at the heart of it at a superb music and art camp called Common Ground on the Hill at McDaniel College in Westminster, Maryland. This will be my 22nd year on the faculty and as host of a Blues Night concert that features Guy Davis, Professor Louie and many more. In 2018 it will be held during the week of July 8–14.

A reminder from Aurora. Have a calm and restful ev

We've got close to 300 quarantunes songs so far. Add to our list, and take your social distance songs on your next long walk. Can't wait to see what you come up with. ...