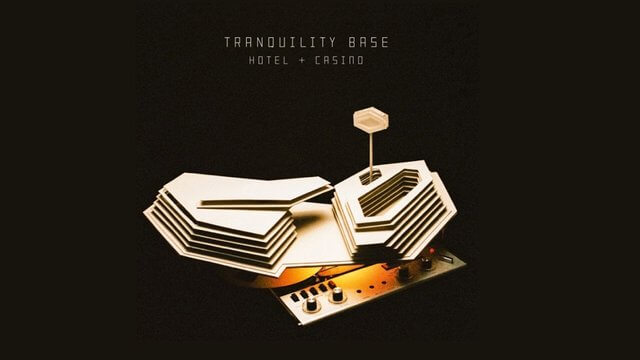 Arctic Monkeys are back, with Tranquility Base Hotel & Casino

New Music On The Colorado Sound

Some of the best new music in May matches our mood exactly. We want to get up and go, and settle down lightly. Fortunately there’s plenty of new music to take you there.

For starters, the Arctic Monkeys are back, which in and of itself is awesome. Tranquility Base Hotel & Casino is their first in almost five years and it’s been worth the wait. Come to it with an open mind –  it’s certainly one of their most eccentric albums to date, welding harpsichord, space-age lyricism and other, perhaps Bowie-esque, oddities. “Four Out Of Five”, which sings abstractly about gentrification on a purported moon colony, chugs along musically at a more terrestrial pace.

Arctic Monkeys “Four Out Of Five”

Father John Misty, one of our country’s wisest (or troll-y-iest, depending on your mood) wordsmiths, comes in with “Disapppointing Diamonds Are The Rarest Of Them All”. We’re always pretty captivated by Father John; and it’s always in the words – “Like an oil tanker tipped at sea / This love’s contaminated me”, anyone? A horn section at the end adds a nice polish.

Father John Misty “Disappointing Diamonds Are The Rarest Of The All”

Jealous Of The Birds caught our attention, too. JOTB is the moniker of Belfast, Ireland wunderkind Naomi Hamilton. “Plastic Skeletons” recalls early White Stripes, all reverb and swagger included, and she does it all herself.

Jealous Of The Birds “Plastic Skeletons”

In another clever use of horns, White Denim, from Austin, give us a fractious horn section at the close of “Magazin” that breaks apart and comes right back into our headphones in a most perfect way.

First Aid Kit are having quite a year, Red Rocks show to come and all. “Fireworks” is their latest single, and it’s actually got more Sweden in it than we’ve heard from the Stockholm-based sisters yet. That is to say a bit of a fairy-tale, albeit with plenty of Americana on its sleeve.

And one of our favorite new songs of the month happens to come right down the road in Denver. Ivory Circle remind us great power pop bands of lore. Awesomely, they’re playing the Tiny Desk Contest show on May 31, in Denver. Tickets for that are all sold out.

Find all the new songs on our Spotify playlist.