The week in music –  here are all the headlines that caught our attention.

Real Estate debut a new song at the Fox

Real Estate began their 2018 tour at the Fox Theatre in Boulder. In honor of the occasion, they pulled out a brand new song. In typical Real Estate fashion, it’s pretty chill and fits right into their “chill-jam” arsenal. Listen to it and hear the band muse on how it fell apart the first time they tried to play it live. Real Estate released In Mind last year. 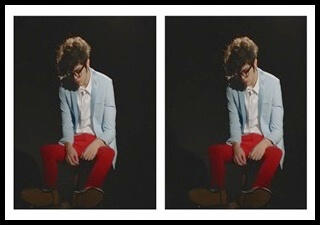 Listen to the original for comparison’s sake.

Sufjan Stevens At The Oscars

Sufjan Stevens is piling up the Oscars love. His song “Mystery of Love” from the movie Call Me By Your Name already has been nominated for Best Original Song. This week, we learned he’ll perform the song at next Sunday’s Oscars ceremony.

Hail To The Tweets

Something went a little crazy with Thom Yorke’s Twitter account this week. It was most likely a new album tease, and probably a solo album. The tweets came from his personal account. Have a look:

do you see his smile?

putting rocks in our hearts

“but the car’s a circle,
no front no back
no driver no steering wheel no windscreen no brakes no”
Adrian Mitchell

News From The Big Screen

Jim Henson’s masterful Labyrinth is coming back to theaters in 2018. Starring David Bowie, special screenings will take place April 29, May 1, and May 2. Fans are being asked to come in costume. We will update you if there is a screening nearby.

News From The Small Screen

The National’s Matt Berninger is going to create and star in his own TV show. This week, he told an Australian radio station the show will be based on his own life and he will play himself. He discusses the show on the Australian program at about 2:30:00. (Note: the show expires on February 27.)

And finally, two of our favorite things – the Beastie Boys and Star Wars. Someone put together a pretty cool mashup on YouTube. It actually works.