What music news grabbed your attention most? Please email us if you see something you think we might want to share.

New Music On The Colorado Sound

Quite a variety of new music this week. Take a listen to all the new songs to The Colorado Sound. There’s the whole gamut, from new Karen O, some Queens Of The Stone Age, to twangy Colorado goodness. The new Rolling Blackouts Coastal Fever is getting a lot of attention, too.

Speaking of the Rolling Blackouts, we’re excited to announce we’ll be presenting them April 28 at the Larimer Lounge. They’ll be just off playing Coachella, and the Melbourne, Australia five-piece will surely sound great at one of Denver’s most intimate venues.

In other show news, Nathaniel Rateliff & The Nightsweats sold out their August 22 Red Rocks show so fast that a second one got added just as quickly. Their August 23 Red Rocks appearance is on sale now.

You can find more concert announcements from this week, with ticket information here.

Moby Releases a Far Out Video And A Grammy Rundown

Everything Was Beautiful, And Nothing Hurt is coming out March 2.

Did you miss the Grammys this week? You weren’t alone. Just for you, here’s a VERY quick run down:

A lot of cool bands we play won!

And Bon Iver and Robin Pecknold (of Fleet Foxes) got really upset about that!

And End And An Anniversary

Is it the end of Childish Gambino as we know them? Danny Glover told a New York audience this week that he plans to leave Childish Gambino after their next album. He then told the Grammy crowd a very similar thing.

From the Time Flies Dept., Vampire Weekend’s self-titled debut turned 10 years old this week. That’s hard to believe, and it’s also a good reason to listen to play “Cape Cod Kwassa Kwassa” 10 more times, at least. Stereogum has an excellent weekend read about the album and the uniqueness of America’s best preppy-Indie-Afropop-amalgam. 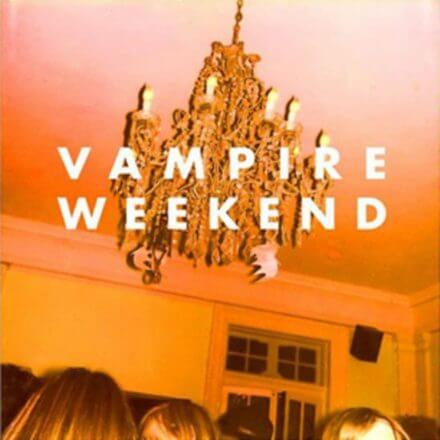 Neil Young, Willie Nelson, and Lucas Nelson have teamed up with Daryl Hannah for a movie to be released at next month’s SXSW festival in Austin. Quite an impressive feat to both do the film and keep it secret for this long.

If you aren’t on the Spotify train just yet out of very admirable music-listening ethics, maybe this gets you on board. Spotify announced this week they’ll start giving producing and songwriting credits. Just right click on the track, and you’ll find the information. Voila!

It’s not entirely clear yet it this will help pay producers and songwriters, but it’s good exposure, and we all like that.

Sad news ends the week. The lead singer of The Temptations, Dennis Edwards, has passed away at 74. We’re sure he’d like you to turn this up.