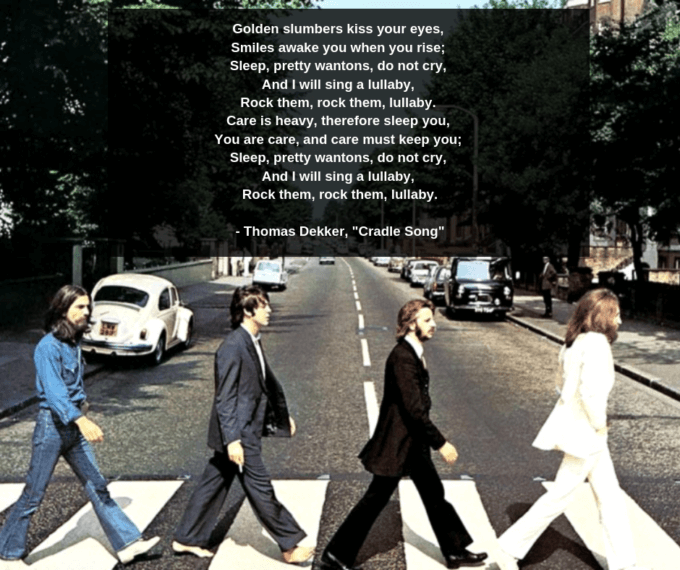 Did you know The Beatles lullaby-like song “Golden Slumbers” was based on a poem written over four hundred years earlier? In the search for inspiration, artists often turn to poems for a song of their own, including the classics and 20th and 21st-century poems.

This week, we’ll highlight songs influenced by poetry. You can find this week’s Music 101 from Sunday, August 18 below.

Songs Featured On This Week’s Episode:

Looking forward to our next Music Meetings this ye

What a great night at Ophelia’s for our Denver M

Molly Tuttle is one amazing guitarist, and a great

Tame Impala has released one of the most anticipat

Mercury is in retrograde as of today! You have bee

Rest In Peace, Scott Sessions. What a horrible, sa

It's a new week. And It's Still Alright. #AlbumOfT

This Thursday 2/20 The Colorado Sound is Presentin

The Colorado Symphony has been teaming up with som

Bob Marley's 75th birthday would be this month. We

Another summer announcement: The Decemberists with

February 29 at Washington's FoCo is going to be first-class funk, soul, and world music sounds all night long. Best part: our birthday party tickets are only $15 right now! ...

105.5 The Colorado Sound is feeling happy.

How's your week been? all emojis may apply. ...