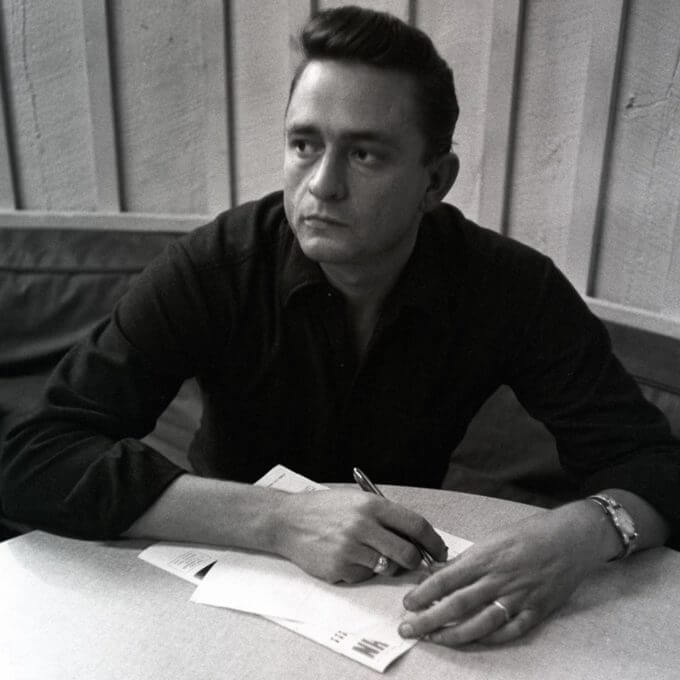 Today, the long awaited Johnny Cash: Forever Words saw the light of day. Johnny Cash left behind stacks of poems and lyrics when he died in 2003. The Man In Black inspired songwriters for decades, and he continues to do that very thing. That’s quite a legacy to leave behind.

In many ways Johnny Cash is country music, as much an outlaw as there ever was one. It’s such a treat to hear his words again.

Here are eight reasons to be grateful for today’s release of Forever Words.

1. We get one more Chris Cornell song, and it may be one of his broodingly finest to date. Cornell passed away in 2017, but not before delivering the haunting “You Never Knew My Mind”.

2. Kacey Musgraves and Ruston Kelly are a really good couple. They got married last year in Tennessee, and they team up for the gorgeous ballad “To June This Morning”. It’s a spare and beautiful homage to a couple’s domestic life.

3. T Bone Barnett was made to play Cash’s songs. His version of “Jellico Coal Man” nearly sounds like Cash picked back up his six string and belted one out just for the coal miners.

4. Roseann Cash is definitely her father’s daughter. Forever Words’ “The Walking Wounded” has all the Cash trademarks, including pensive pedal steel that highlighted her dad’s later work. And, yes, that voice.

5. I’m With Her is worth all the hype. A female supergroup who make superb harmonies, Sara Watkins, Sarah Jarosz and Aoife O’Donovan deliver on “Chinky Pin Hill”. Side note, they’re also appearing in Denver for two sold out shows next week as part of The Colorado Sound Presents… series.

6. Life is better when The Jayhawks sing. The country-rock pioneers contribute music to the penultimate song, “What Would I Dreamer Do”. It’s Hollywood Town Hall-era Jayhawks, and one of the best songs off the entire album.

7. This will get country album of the year nods, if not plain old album of the year looks. And the comparison to Billy Bragg and Wilco’s Mermaid Avenue are more than apt. That album put music to Woody Guthrie’s lyrics. This one does the same to Johnny Cash’s mountains of notes, if a little differently, and depending on which side of the picket fence you are on, maybe even a little better.

8. Sometimes you don’t realize what you had until you lose them and then an album comes out reminding you how much you lost. We miss Johnny Cash.