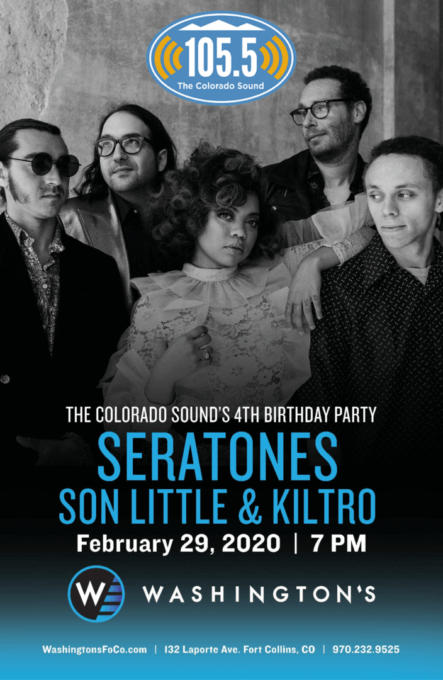 On February 29, The Colorado Sound celebrates its fourth birthday.

The Seratones released the hard-charging Power in 2019, showing up on several album of the year lists. Grammy-winner Son Little follows up 2017’s excellent New Magic with aloha, which will be out January 31. And we are pleased to add Denver’s Kiltro’s, whose debut Creatures of Habit was released this summer to much acclaim.

We're tallying the best debut albums of all time f

Wolf Parade are back with their fifth album, Thin

Some call it Dad Rock but in its heyday, it was ca

If you'd like to see Dessa + String Quartet at the

have a good weekend !

Thanks, Fruition for the visit today. The set is u

Fruition will be joining Stacy during the 3 o'cloc

These new Red Rocks shows are available at colorad

What's the best debut album of all time? Tell us o

Save the date: On Friday, March 6, Ron will be int

close up shot of the standup bass at Saturday's Ch

Save the date: International Clash Day 2020 will b

The Colorado Sound exists only because of the support of fans like you. There’s simply no substitute for that support, because there's no substitute for YOU. The Winter membership drive is right around the corner, and we’re looking to hear from 300 members. Your support at coloradosound.org right now is critical. ...

With Ron set to interview Robbie Robertson at the Boulder International Film Festival in March, it brought to mind The Band's debut album: Music From Big Pink.

We're tallying best debut albums of all time for our January 31 countdown show. Let us know yours: coloradosound.org/20-best-debut-albums-20-of-2020/ ...