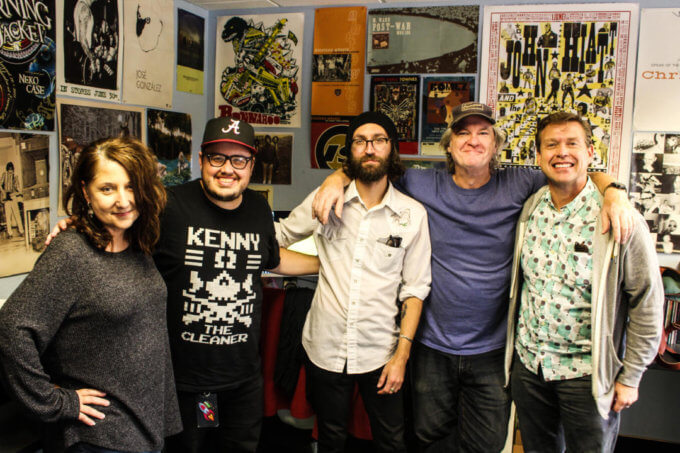 Paul Janeway and Jesse Phillips from St. Paul & The Broken Bones stopped by the studio Thursday for a DJ Takeover. In their set with Margot, they played a diverse set, tracing their soul-based roots, and shining a light on their indie influences as well. Songs from Radiohead, Feist, and Bon Iver rounded their way into a set along with Prince, The Meters, and rising star (and fellow Alabaman) Brittany Howard.

St. Paul & The Broken Bones play Washington’s Thursday for a sold-out Colorado Sound Presents show, and you can find them at again at Whiskey X on Friday at the Wings Over The Rockies Air & Space Museum.

Stream the set below for the next two weeks, which includes words on the influence of Eliot Smith and John Lennon have had on the band, and more.