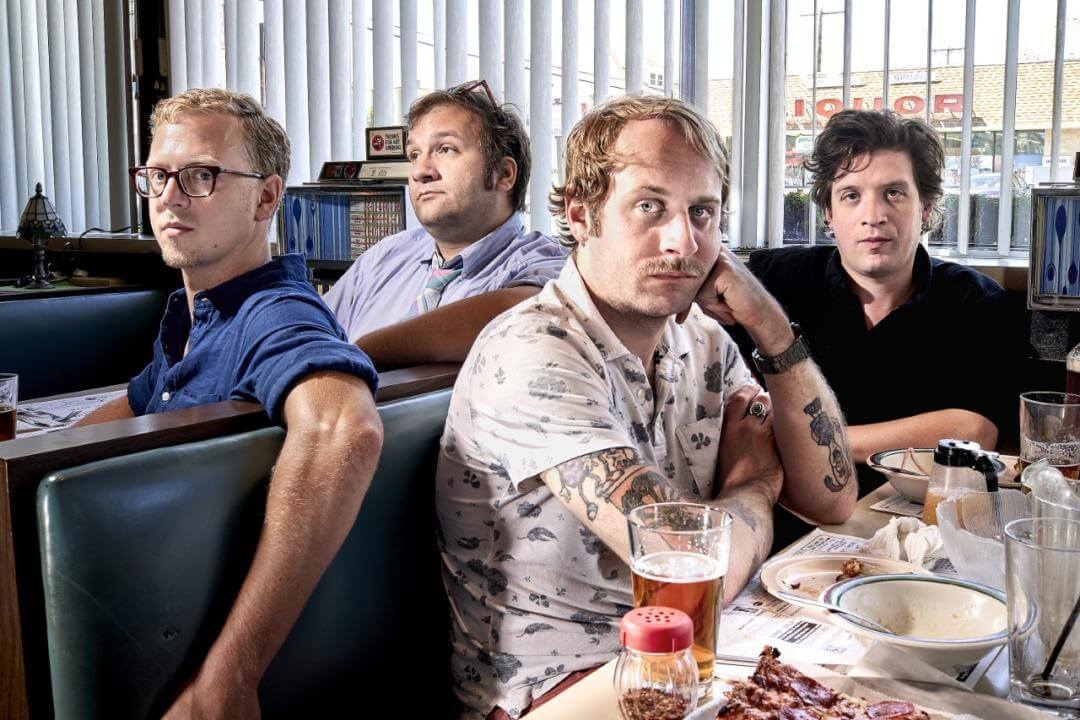 Since forming in Providence, Rhode Island, in the early 2000s, Deer Tick has built a catalog of songs that skirt the edges of Americana while mixing in folk, blues, and indie rock. Sometimes they play loud, other times they’re much quieter. As World Cafe’s Talia Schlanger said a few years ago, Deer Tick “is a band that can go from in-your-face to introspective on a dime.”

The band members are singer-songwriter John J. McCauley, guitarist Ian O’Neil, bassist Christopher Ryan, and drummer Dennis Ryan. Ahead of their show at the Gothic Theatre on Nov. 9, McCauley recently answered a few of our questions in an online interview.

The Colorado Sound: Colorado has had a vibrant music scene for a long time. Could you describe the scene in your hometown of Providence, Rhode Island?

John McCauley: I just moved back to Providence after an absence of over a decade. Growing up here, the music scene I gravitated towards was very artsy, and experimental. By my late teens I was fully into bands like Lightning Bolt and Arab On Radar that were local but toured nationally and internationally. There were way more bands than there were singer/songwriters but I felt welcome. My favorite songwriter was (and still is) accordionist Alec K. Redfearn who fronted a few ensembles, most notably Alec K. Redfearn and the Eyesores. [Do you want concert tix to see Deer Tick with Delta Spirit at the Gothic on Nov. 9?  Keep reading…. ] There are a lot of great newer bands on the scene now, Nova One, the Huntress and Holder of Hands, Downtown Boys, the Quahogs, Ravi Shavi.

With the recent passing of George Wein, we’ve all been revisiting the importance of the Newport Folk Festival.  Being Rhode Islanders, tell us your thoughts and feelings of playing the Fest.  Was it a long-time dream of yours?

I’m glad he lived to see how the Folk Fest evolved. It will continue to evolve too, no doubt. Playing it was something I had always hoped to do. The first concert I went to was Newport Folk Fest in 1988, specifically to see Los Lobos. A lot of people ask me what it’s like to play my “hometown” when we play Newport though. [Looking for your concert ticket clue? You haven’t found it yet…keep reading!] I’m from Providence, different city!

How did you decide to release two separate CDs in 2017 (Vol. 1 & Vol. 2) instead of putting them out together in a single package?

I was really embracing the duality of our band at the time, and I wanted to showcase our folky side and whatever you want to call our loud side.

Here in Colorado, you’ve played everywhere from the Hi-Dive in downtown Denver to our crown jewel, Red Rocks.  What’s your favorite experience/memory of playing here?

I was giddy with excitement when we transformed the stage of the Gothic into downtown South Park for Halloween one year. Well, technically it was October 28. We’ve done two Halloweens in Denver. We were the Spice Girls one year and then the cast of South Park. I love Halloween and I love Denver. [Here you go! Click this link and use the code DEER SPIRIT. We’ll draw random winners this Friday, Nov 5!]

We recently our listeners to tell us of their favorite murder ballad. Do we recall correctly that “Twenty Miles” is a murder ballad?

It’s definitely written from the perspective of an incarcerated man, perhaps in a dreamlike state. I don’t think he murdered anybody, though. He certainly didn’t murder the love of his life.

The Colorado Sound presents Deer Tick and Delta Spirit at the Gothic Theatre in Englewood, Colo. on Nov. 9.