Courtney Barnett Tells Us How She Really Feels
Skip to content 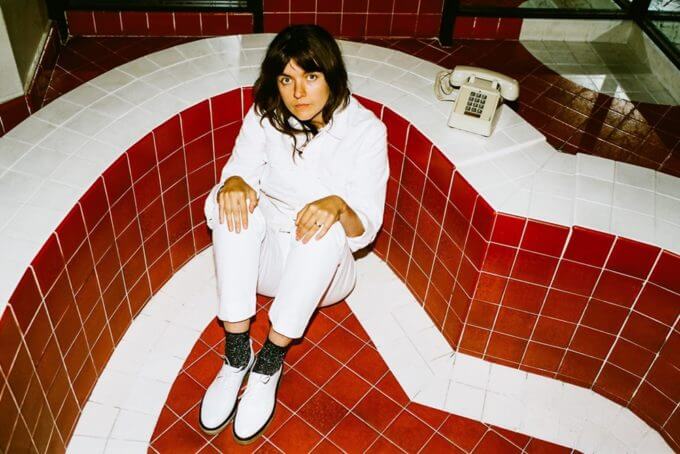 Tell Me How You Really Feel is pure Barnett – erudite, emotional, and a garage-y guiding light. Photo Credit: Pooneh Ghana

I Know All Your Stories, But I’ll Listen Again

There’s a beautiful moment at the end of the new album from Courtney Barnett, Tell Me How You Really Feel, which is out Friday, May 18.

On an album filled of myriad worries, including references to Margaret Atwood and allusions to the #MeToo Movement, “Sunday Roast” is one of the more resounding songs, featuring her brightest guitar line on the not quite 40 minute testament. “Keep on keeping on,” Barnett sings over a sunny jangle, “you know, you’re not alone. I know all your stories, but I’ll listen again.”

The album serves as sort of catharsis for Barnett, who previously waxed poetic on topics like swimming underwater with goggles on, getting existential over organic food, or talking a suicidal elevator operator off the ledge. “I think that’s why music is so important,” she said. “Sometimes it really makes you realize you’re not alone.”

Barnett, whose 2015 album Sometimes I Sit And Think, and Sometimes I Just Sit was a landmark debut, truly did sit and think this album through. She explores not only the state of the world; she reflects deeply on the state of her own being. “I think I’ve just always been a bit of a kind of a loner personality. I spend a lot time in my own head I think,” she said.

She began our interview by telling us that the album was her blank page, a place to make meaning of things. “I’m probably forever just searching for more knowledge and more understanding of myself and the world around me which is obviously a huge task and a very overwhelming one,” she said.

We talked to Barnett while she was in Australia before her upcoming tour, which sees her playing The Ogden Theatre on September 29.

Note: The interview has been edited for clarity.

The Colorado Sound: How did the title of the album Tell Me How You Really Feel come about?

Courtney Barnett: I think I’m terrible in everyday situations and it’s kind of what this album touches on. Tell me how you really feel, I’m so bad at doing that. I never do that. I think it’s quite common and from wherever it stems – if it’s like a fear of scaring someone or feeling embarrassed or just the fear of being draining on a friendship or a relationship – there’s so many different reasons for it.

A lot of the time I am not in tune with myself so I don’t even know myself if I’m hiding from myself or from other people. I think I’m just forever figuring out who I am and I am sure we are doing that up until the day we die, figuring that stuff out and just learning from people. I just try to keep my ears open and learn from people around me.

The Colorado Sound: The album is highly charged. But Australia seems like such a nice place. What’s it like over there now?

Courtney Barnett: Like any place it has positives and negatives. I love living here, I’ve always lived here, I’ve grown up here. There’s definitely some bad sides to it and like any place it comes down to the parts of how the government is run. There are just those people that exist and they exist everywhere that just ride around in hatred and it brings the whole tone of the place down. 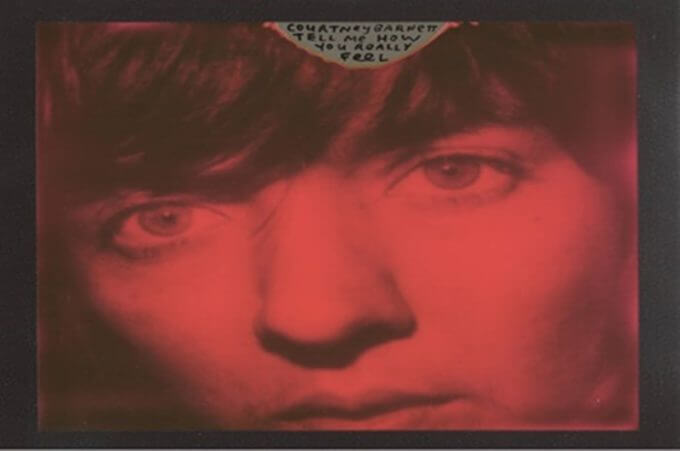 The Colorado Sound: The album opens with a song called “Hopefulessness”. So what is “hopefulelessness”?

“I think I’m just forever figuring out who I am and I am sure we are doing that up until the day we die.”

I think I made it up but even the word itself is kind of that struggle between hopelessness and hopefulness and feeling hopeless and trying so hard to be optimistic. I get frustrated at myself when I feel hopeless. It’s so easy to dwell and complain and make out like everyone else is the problem except yourself. It takes a whole lot more effort and strength to try to be the change you want to see, to stop complaining and do something to make it better. Otherwise you’re just as bad as the people you’re complaining about. That’s where my head has been at.

The Colorado Sound: What side do you fall on – hopeful or hopeless?

Courtney Barnett: I’ve always tried to figure this out. I’ve always thought I was pessimistic, and on the “lessness” side, and I’ve really come out of this project where it took me to some kind of terrible places in my own head and I came out of it feeling more optimistic than I definitely thought I would and then I ever felt. And maybe sometimes I think you’ve got to fake it until it gets there. I think it’s changing those behavioral patterns and wires in your brain – that’s what it feels like to me. If I just keep dwelling on the negative then you just become the negative and you’re no help to anyone or anything.

“It takes a whole lot more effort and strength to try to be the change you want to see, to stop complaining and do something to make it better.”

I’ve struggled sometimes because when I keep elaborating in my head, “This is bad but this then is also bad and this is even worse and it’s been worse in the past.” There’s kind of no end to it once you start thinking about it. So it’s hard to pinpoint, to write a song about one thing because your brain keeps going off on that tangent, and you’re talking about misogyny or something but what about racism? They’re all just as bad as each other but if you tried to fit all that into a song it would just go on forever and it wouldn’t be very interesting, so I struggle with that I think sometimes, trying to simmer it down to this one idea, but the bigger idea is always there.

The Colorado Sound: Listening to your first album in 2018 brings a whole new context to some of the songs. I’m thinking of a lyric like “If you put me on a pedestal, I’ll only disappoint you,” (from “Pedestrian At Best”) which resonates in our climate today. Do you find the same thing?

Courtney Barnett: Listening to old albums in new contexts is immensely rewarding, isn’t it? I recently had that experience with my first album, and it’s constantly amazing. That’s a real beauty and kind of mystery of songwriting. It meant something to me at the time and as soon as I release it and then forever onward it means a million different things to whoever listens to it, and they’re all correct. There’s no wrong interpretation. Well, maybe a little bit sometimes, but for the most part songs have completely their own life.

I didn’t really ever see that when I was a bit younger or when I started writing songs, but obviously I knew when I listened to songs and being a kid and growing up and listening to whatever I was listening to you have to make your own connection, and you make your own meaning out of it, which is really powerful I think.

“Sometimes I just don’t even understand what a line means but I know that it needs to be there and years later it kind of clicks into place.”

The Colorado Sound: Do you notice a song evolving on stage? Do you ever find yourself playing angrier, or quieter?

I love that the songs grow and age and, yeah, they get reinterpreted. I’ve noticed it playing any song. The other thing I’ve come to understand more as time goes on, and not to make it sound so mystical, is that it just comes out of some part of me that I’m unaware of, but it really does sometimes. Sometimes I just don’t even understand what a line means but I know that it needs to be there and years later it kind of clicks into place. I think that’s pretty wild.

The Colorado Sound: Your songs have a wild discord to them despite being so smart, so fun and witty.

Courtney Barnett: I think there’s a real beauty in that kind of discord, in that dynamic. It’s really jarring. The more melodic and pretty and perfect the first part is, it then really snaps you into the moment when the next part is not.

Nirvana was the first band I ever listened to and loved, and I think I’ve always had this poppiness ingrained in me from that, but then obviously that kind of discord married with it so perfectly. It’s kind of confusing and a little bit awkward and you get comfortable listening to the prettiness, and then you’re pulled out of your comfort zone with the kind of ugliness and it makes sense.

The Colorado Sound: You famously reference The Handmaid’s Tale in “Nameless Faceless“. So, is this going to go down as your dystopian album?

Courtney Barnett: I find the concept [dystopia] interesting. I was in a bit of a zone. I read 1984, and then I watched The Handmaid’s Tale. The world around me during period of writing was quite absurd and unreal. I wouldn’t call it a dystopian album, but I definitely was confronted with some very absurd realities while I was working on it.

Tell Me How You Really Feel will be released May 18 on Mom + Pop Music, Marathon Artists, and Milk Records.

Fun times yesterday in our Virtual Music Meetings. We built a page to keep it going, and we'd love your feedback!

Follow this link to leave your scores and comments: coloradosound.org/virtual-music-meeting-may-28-2020/

Thanks for playing an essential role in what we do! ...

Tickets are now on sale for a screening of The Blues Brothers, Tuesday, June 2, at Holiday Twin Drive-In! ...

The Colorado Sound At The Drive In!