Festivals From Now Until September

Seeing music in Colorado can be a legendary experience during the summer. There’s the legendary Dylan show from the old Hughes Stadium in Fort Collins, on May 23, 1976. The Beatles came to Red Rocks on August 26, 1964. (Fun fact: that show did not sell out.) One of the Grateful Dead’s most memorable shows ever came at Red Rocks, too, on July 8, 1978. (The show is being recreated by Dark Star Orchestra on its 40th anniversary.) And who can ever forget U2’s June 6, 1983 performance at Red Rocks?

There’s something about being outside, with the mountains overhead, that seem to remind us how magic that fleeting concert moment really is.

With Colorado’s festival season in gear, you sure have your chances to cover a lot of terrain from now until the aspens begin to turn in September.

Here’s a rundown of what’s still to come on this summer’s festival circuit.

The Underground Music takes in the South Broadway Denver area later in July, which a truly impressive roster of national and local music. View the poster to find a band to suit your needs!

Tickets to the showcase are available here. 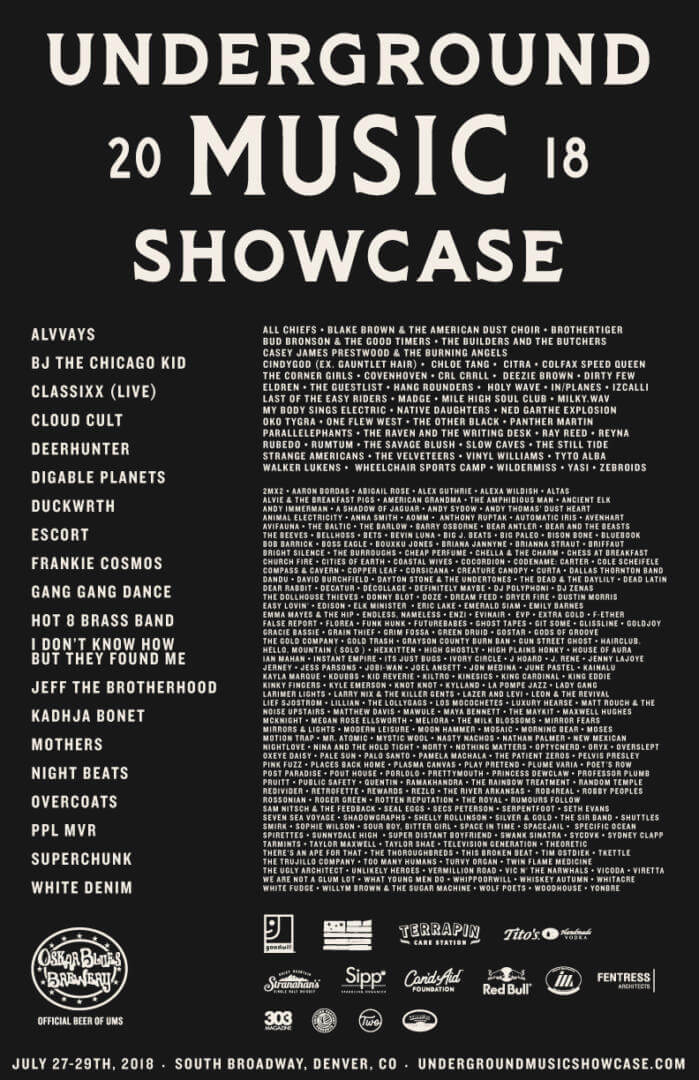 Film On The Rocks | Until August 13 | Red Rocks Amphitheatre, Morrison 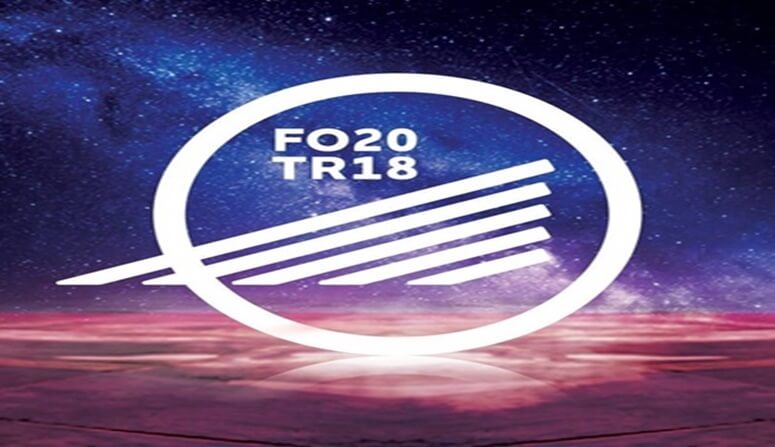 What’s better than a movie at Red Rocks. A concert? Sure, but how about both? Film On The Rocks is underway, with a host of bands “opening for the films”. Check the Red Rocks website for full lists of bands and movies. Goonies at Red Rocks? Yes, please. 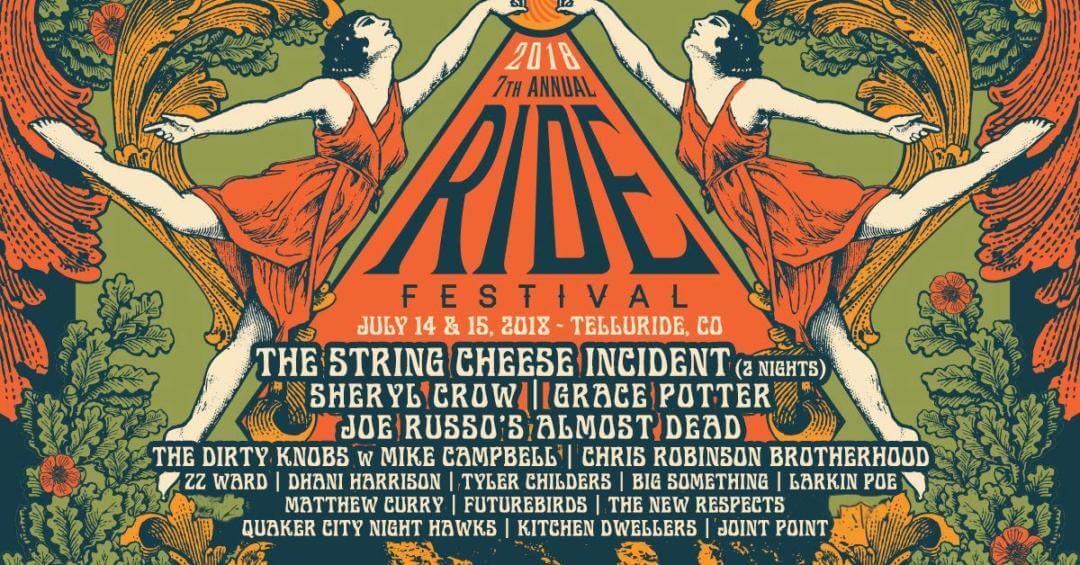 A smaller but equally enticing Telluride festival, The RIDE Festival packs a punch and could be a great way to get acquainted with Telluride on a more intimate level. The String Cheese Incident, Sheryl Crow, ZZ Ward, Chris Robinson’s Brotherhood, Tyler Childers, are all playing The RIDE festival. Tickets can be purchased here. 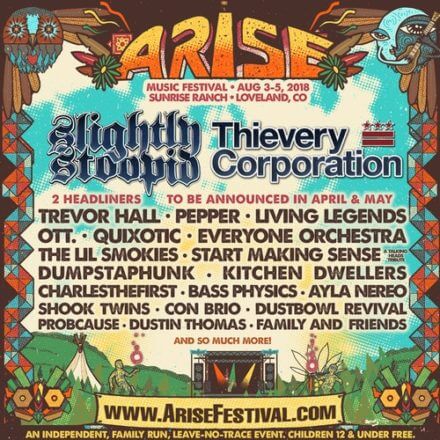 Arise gets bigger and more diverse each year. Nestled in the foothills of the Rockies in Loveland, there might not be a better spot to see Thievery Corporation, ever. Also, The Lil Smokies, Dragondeer, Gasoline Lollipops, Dubskin and many, many more excellent bands. Here’s a ticket link. 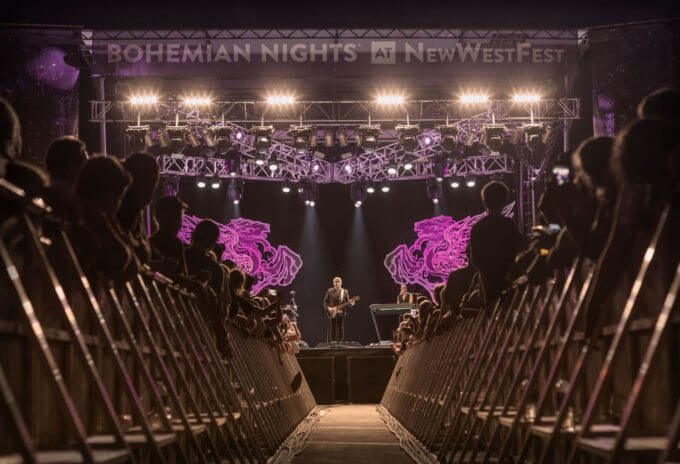 This Fort Collins mid-summer festival is always a favorite; family friendly; first class; and did we mention free? No lineup has been announced yet – in years past they’ve brought in Brandi Carlile, Cake, Earth Wind, & Fire, and Rodrigo y Gabriela, to name a few. 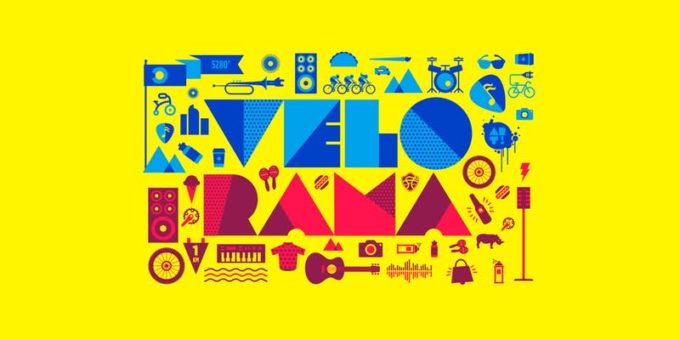 Velorama returns for its second year, and this time has an even more impressive mix of major headliners to go along with a diverse local music showcase. The Kills, Rainbow Kitten Surprise, Cold War Kids, and Lo Moon bring some national presence to the stages; Brent Cowles, Slow Caves, and Wildermiss some local flavor. Tickets are still available. 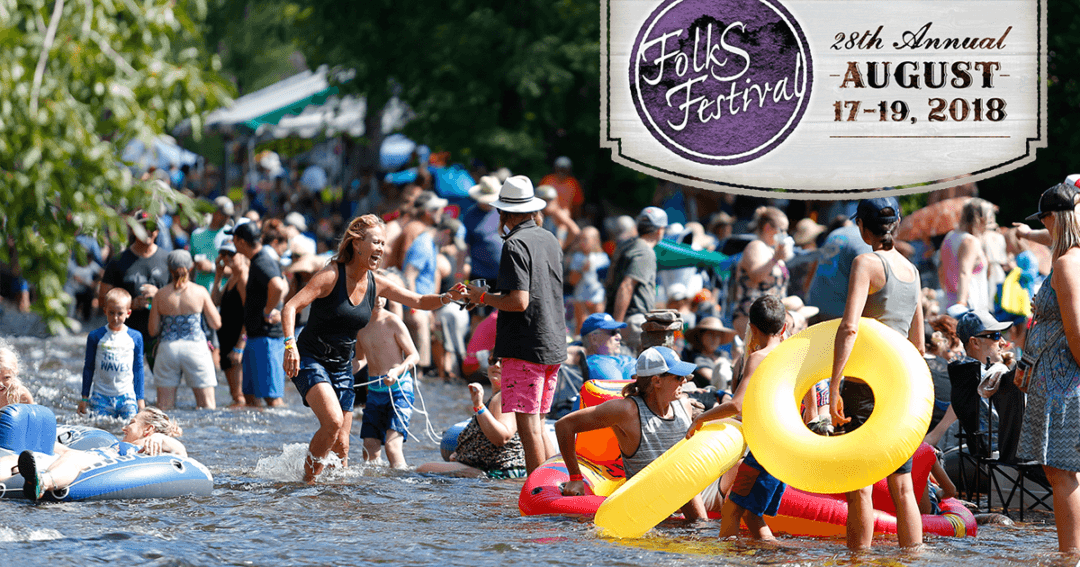 Lyons is a gorgeous Rocky Mountain town. As if it couldn’t get any better, this summer’s Folks Festival brings in Jeff Tweedy, Regina Spektor, Los Lobos, Indigo Girls, Martin Sexton Trio, and more. Tickets and more information is available on their site. 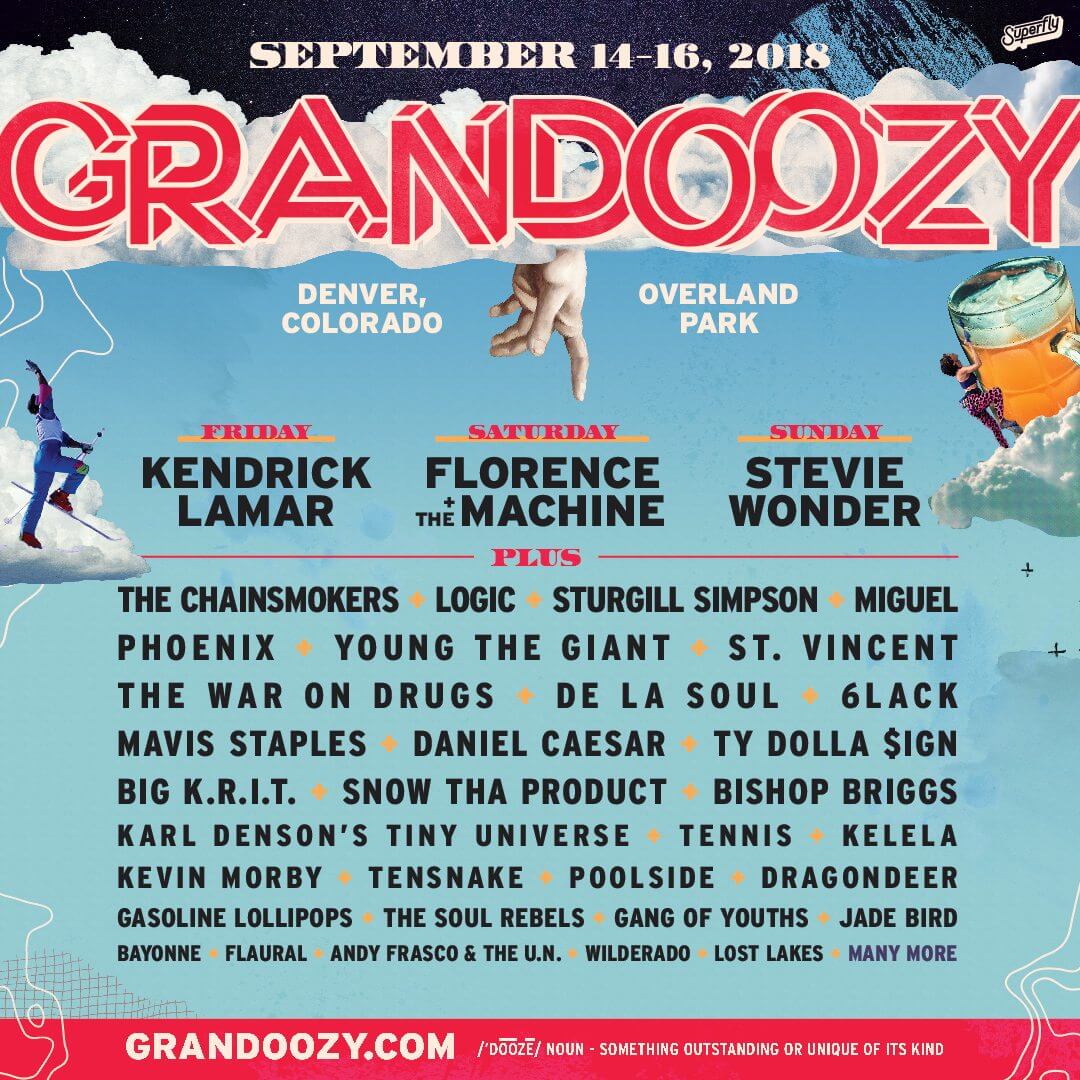 The Grandoozy. Of. Them. All. Stevie Wonder, Florence & The Machine, Kendrick Lamar, Phoenix, The War On Drugs, St. Vincent. Arguably the most impressive festival lineup this side of Bonnaroo, which makes sense since Grandoozy is brought to you from the creators of Bonnaroo. Get your tickets to the inaugural festival.