7 Questions with Alysia Kraft - The Colorado Sound
Skip to content

Born and raised on a cattle ranch in Wyoming, and now based in Northern Colorado, singer-songwriter Alysia Kraft is building a strong following among regional and national audiences. She has fronted bands such as Whippoorwill and the Patti Fiasco, and most recently she’s released music under her own name.

First Light, her solo album debut, is described as “embracing the complexities of growing up queer on a cattle ranch in small-town Wyoming and choosing to love within a landscape that didn’t always love back.” Kraft’s most recent single is “Little River” (watch the video above), a song built around a near-drowning she experienced a couple years back.

We asked Kraft to answer a handful of questions about her music, including her approach to songwriting, her musical upbringing, early influences, the story behind “Little River,” and what makes the Northern Colorado music scene so special.

Q: What is your first musical memory?

The first house of my childhood on the ranch was a trailer that had an amazing 8-track surround-sound system. My mom was from Detroit and loved to blast Motown when she was cooking, cleaning, or doing any form of hanging out at the house. One of the perks of not having neighbors for miles is that you can open the windows and really bump some music. Since I was tiny, I loved to dance and loved music — especially anything Motown — and especially the feeling it gave me in that house.

Q: Can you recall the point when you went from a music fan (listener) to a musician (player and creator)? What did that feel like for you?

It was late in the game for me. I started playing guitar when I was 22 because I wanted to be a part of the community that gathered for an open mic night at Coal Creek Coffee in Laramie, Wyoming. I had a rock and roll band (Patti Fiasco) within six months of picking up a guitar and was immediately hooked on the energy exchange between bands and crowds. I was learning everything in real time, but was mostly just testing everything on audience response and energy. It was a great way to learn about music.

Q: You grew up on a cattle ranch in Wyoming. What from your upbringing do you bring into your music today?

I really can’t separate that landscape from how I see and feel and experience the world. It’s steeped in a lot of longing, a lot of isolation, a vast expanse that can be beautiful and can be brutal. I spent more time in landscape than I did with people, really, and elements of landscape become personified for me very naturally in writing.

Q: What types of music and/or artists did you listen to growing up that left a lasting impact on you?

The first artist who’s energy really impacted me was Tina Turner. No one rocked harder than Tina Turner. She’s still my favorite. Later, via some of my mom’s records from college, I discovered Neil Young and listened to A LOT of Neil Young, Crazyhorse and CSNY. The first songwriter record that I really connected with was Patty Griffin’s ‘Living with Ghosts.’ I found Ani DiFranco thanks to my sister and she’s arguably the most important, impactful writer to hit me at a young age. It’s a variety of influences, but I think you can hear then all coming in at times in the music I’m making now.

Q: How do you approach songwriting? Do you have a specific process you go through?

It’s been so transformational for me to start writing immediately into a DAW and to produce lightly as I go. I can’t believe I used to sit around with a guitar and a notebook and be able to write anything. I love production. I want to get better at engineering. As soon as I get an idea, I try to go get the whole song out. I don’t have time to be technical when I’m working that way and usually will spend a few hours glued to my little bedroom set-up until I have a version of a song with sketches for all of the parts (drums, bass, guitar layers, hook, lyrics, some harmonies). I typically do like 4-6 drafts of demos before I feel like they’re ready to record in the studio. I love to collaborate and cowrite and am a huge believer in creating A LOT and often to keep myself available for inspiration and capable of capturing it the moment it strikes. 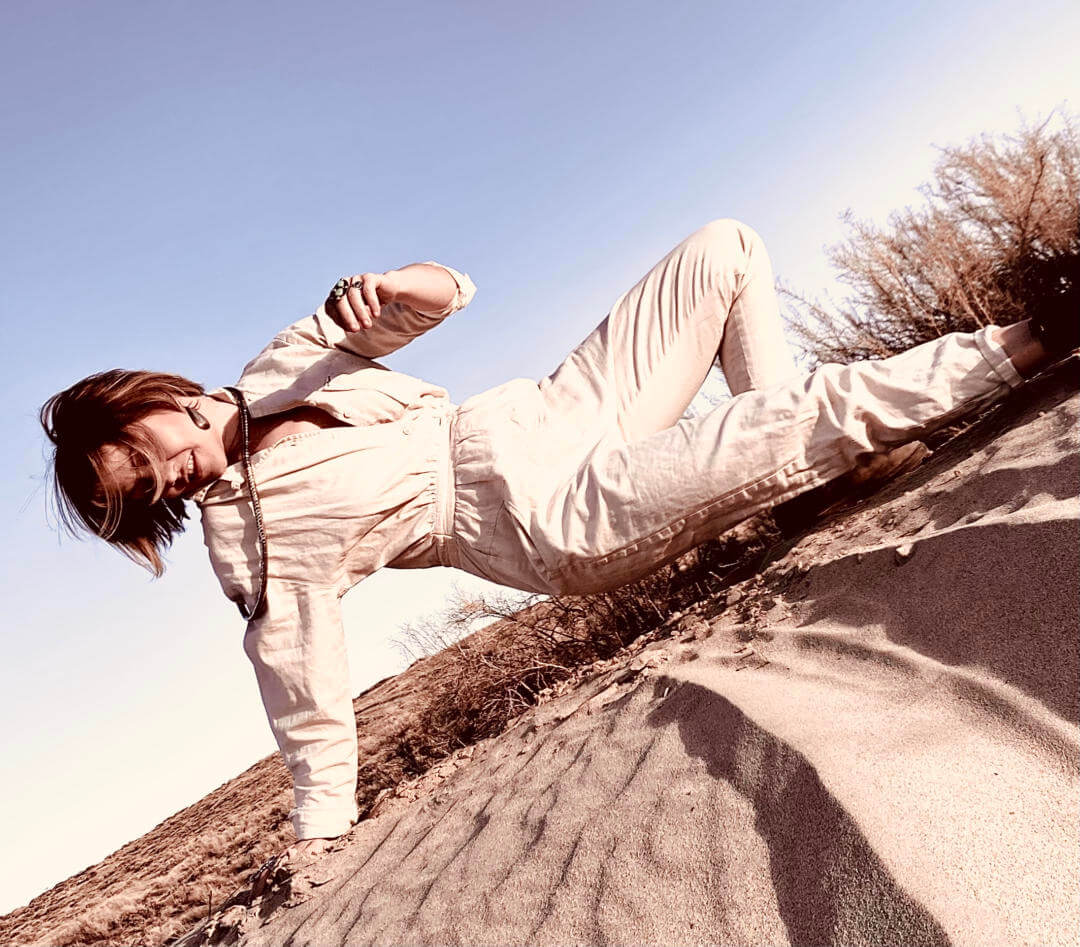 Q: “Little River” – can you talk about the inspiration and the message behind that song (and video)?

The short story of this song is – I almost drowned in the river by my parent’s ranch in the summer of 2020. It was a freak accident. The railing snapped on a bridge I was standing on and I was instantly tossed into a very high, very debris-choked river raging with freshly thawed spring snow. I got trapped beneath a debris pile for what felt like forever and then pushed beneath it by the current right as I was about to lose consciousness.

Following that, I had to seek out help to work through some PTSD and my therapist wisely said, “You can choose what you want to leave in that river now.” It was the catalyst for a lot of self-work I had really needed to do since getting sober four years ago. I needed to change — to let myself become something new rather than being defined by everything I had been and done. The river changes every minute – it’s never the same river – and this song is about the personal liberation that comes with staying inside the stream of life and experiencing change and reinvention and possibility inside yourself.

I did write the screenplay for the video. It’s autobiographical in a few symbolic ways but I hope it inspires conversations and personal interpretation when it comes to the meaning of the narrative.

Q: What stands out about the Northern Colorado music community for you?

The friendships across genres & styles. We all love each other and show up for each other. It’s not cliquey and instead is based around mutual support.

Really great spaces with deep roots in the community have become the go-to spots for local shows (the Atrium, the Lyric, the Wolverine). There’s a lot of hype and community around a couple really well-hosted open mic nights. FoCoMX continues to endure as a total wonder to this community. Occasionally we have really great interdisciplinary creative collaborations like 53:14 in which videographers are paired with musicians to create a video in the span of a weekend. Noncommercial radio (SHOUT OUT COLORADO SOUND) is still influential and integrated and highly supportive. Nonprofits providing support for musicians are connecting with one another and elevating impact by joining forces and overlapping. Check out the incredible work of orgs like Sound Affects, Beats by Girlz, Matthew’s House, Vindiket Market, and Blast N Scrap, and the Music District. Oh AND, THE FANS. No one supports like NoCo music fans.